Enemies Are Everywhere In The New Trailer For Border Crime Pic, SICARIO 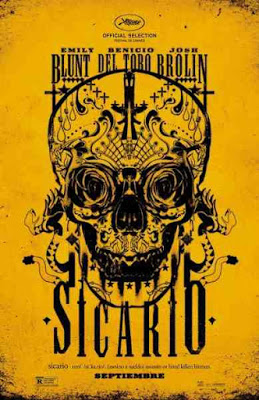 Director Denis Villeneuve will be the one handling the upcoming Blade Runner sequel, which will undoubtedly immerse itself in a realm far from the lesser-glazed and gritty, violent and grounded tone for his latest crime pic, Sicario. Nonetheless, the newest trailer arrived and if it’s any indication after turning heads in Cannes last month, Villeneuve‘s prospects ought to be looking great right about now.
SYNOPSIS:

In the lawless border area stretching between the U.S. and Mexico, an idealistic FBI agent [Emily Blunt] is enlisted by an elite government task force official [Josh Brolin] to aid in the escalating war against drugs.

Led by an enigmatic consultant with a questionable past [Benicio Del Toro], the team sets out on a clandestine journey forcing Kate to question everything that she believes in order to survive.

Check out the trailer below and keep an eye out for its September 18th release!