EXCLUSIVE: Muay Thai champion and emerging film multi-hyphenate, actor Vincent Soberano is on deck to add to his directing repetoire with least two big-budget films going forward: Action-packed high-seas military/naval techno-thriller, No Man’s Waters, and romantic action comedy, Three Poles. The films will hail from Soberano’s Cinefenio Film Studios, designated as co-productions with Origin Pictures Beijing, and a South Korean production company with the Philippines serving as a major production location with local film crews to be hired.
The news comes in the wake of a robust week for the Filipino filmmaker whose business in Beijing saw him host screenings for his two recently-completed titles, tournament revenge action thriller The Trigonal, and dystopian survival novel adaptation, We Are War. Both were showcased for a rousing audience of major distrubutors and executives, adding to a growing list of career milestone ‘firsts’ for a Filipino filmmaker, his latest deal with Origin Pictures Beijing and companies to be announced adding to the list of his accomplishments. 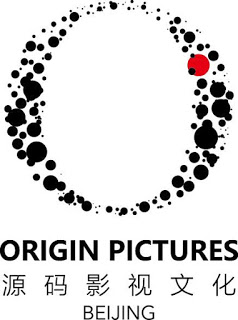 Among those in attendance for the screenings partly includes actress, martial artist and fight choreographer Sarah Chang, Soberano’s mentor, action director and fellow Jackie Chan cohort He Jun and Altered Carbon series co-star and upcoming Skyscraper co-star, actor and film producer Byron Mann. Author Ruben Payan Jr., whose 2016 novel, “We Are”, served as the basis for Soberano’s We Are War, was also on hand next to co-stars Chuck Johnson (Death Trance) and actor Liang Shih who works as producer and head of development at Village Roadshow Asia.
Most of the contract dealings are still being discussed as Soberano now focuses on matters pertaining to next week’s business at the 2018 edition of the HK Filmart. Soberano is currently commissioned to shepherd initial writing duties for No Man’s Waters and Three Poles as development and funding commences in May.