Vincent Zhao Returns In The New Trailer For Upcoming Crime Drama, THE BOUNDARY 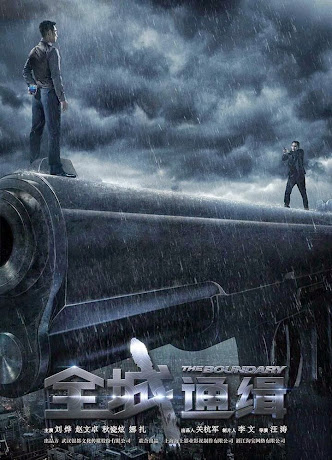 Actor Vincent Zhao is someone Asian action fans rarely ever hear from nowadays, but it is always good to see him staying busy, far away from previous drama. Soon, the marital arts action star will be seen in actor Wu Jing’s directorial debut, Wolf War, but not before ending the year with another riveting new crime drama that looks as hard-hitting as ever.

The film in question has a bunch of titles floating around online, but the one that seemingly sticks out the most is The Boundary. It is directed by Wang Tao stars Zhao along with Curse Of The Golden Flower co-star Liu Ye, and Black And White 2: The Dawn Of Justice 3D co-star Gulinazha in a story that centers on its two male leads in a tale that involves one man’s search for his missing fiance. The film has a plot but I can’t find anything in English, so you’re likely to find something posted by Filmsmash or some other place online in due time.
At any rate, the film gets its day on China on November 6, and has a trailer which you can check out right now, courtesy of MTime. No English-subs either, unfortunately, but hopefully you’ll get the idea.