CORRECTION (6/14): SuperChanBlog’s adminustrator confirmed that the photo going viral is a fake. Crisis averted and the world is safe once again. Carry on as usual. 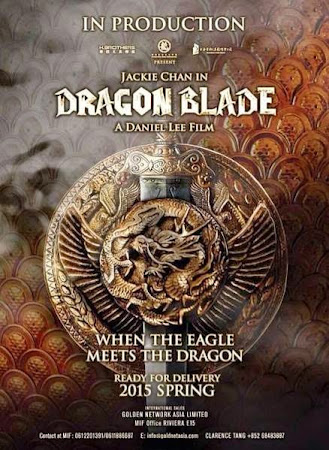 In the weeks since Cannes, news regarding international action hero and Interpol’s crime fighting ambassador, Jackie Chan‘s latest film, Dragon Blade, have been slowly pouring in, with Black Mask helmer Daniel Lee directing from his own script, inspired by a long-developed story concept by Chan, which centers on a fallen Han Dynasty commander who crosses paths with a Roman general, whereupon they venture through the Western Desert on a thrilling adventure. The film, which joins Chan with actors John Cusack and Adrien Brody (discounting earlier mentions of Mel Gibson), has also reportedly broken records since last month pertaining to its ¥2 billion budget, as well as its record sales activity during Cannes where Chan made other headlines for separate films as well.

As for updates, the only particular view we get are behind-the-scenes pictures via SuperChanBlog, including Cusack in costume via Twitter a while back. Fortunately however, I came across a clear photo of Chan in costume through Facebook activity, and it appears this has been going viral since April based on what I’ve found. At any rate, if you’ve missed it, here it is below: 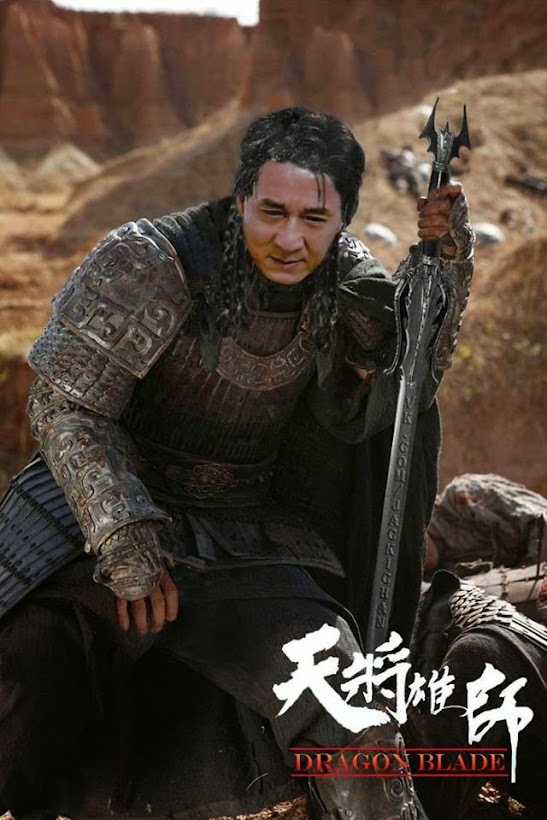 The film is expected to bow in spectacular IMAX 3D fashion at home on February 19, 2015, kicking off the Chinese New Year holiday. The film’s territorial release listing tentatively includes Taiwan, Korea, Singapore, Malaysia, Thailand, India, Indonesia, the Middle East, the Philippines, Brunei, Burma, Vietnam, Laos and Cambodia.
The news is far from over on this one, so keep sharp.
Special thanks to readers MK Merc and Paul Martell for contributing.

UPDATE: Correspondence with fellow film writer and Asian cinema enthusiast Asian Film Strike offers a small collage of at least two viral set pics of Chan in costume, which may or may not coincide with the photo above, but are legitimate nonetheless. Take a look: