Watch The Shattering New Trailer For THE DIVERGENT SERIES: INSURGENT 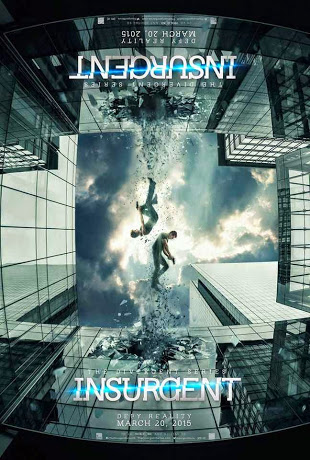 The current development and production of author Veronica Roth’s popular book franchise, The Divergent Series, is certainly geared toward young adults, but there’s definitely something special about what’s happening with each story, especially if you’re into action. This time, we get immersed to Roth’s dystopian society at war with itself following Neil Burger’s Divergent earlier this year, with events now beginning to unfold at a significant rate in the forthcoming sequel from director Robert Schwentke, The Divergent Series: Insurgent.

Last month’s eventful teaser was real treat to catch with actress Shailene Woodley, back in the role of Tris, all grown up with much shorter hair and an even more fearless approach toward life. This, of course, means trouble for the enemies she’s made, including Kate Winslet and Jai Courtney, and soon enough, her bravery will be put to the test once more in a story that coutinues to evolve through Tris’s illuminating and cerebral journey of self discovery.
SYNOPSIS:

THE DIVERGENT SERIES: INSURGENT raises the stakes for Tris as she searches for allies and answers in the ruins of a futuristic Chicago. Tris (Woodley) and Four (James) are now fugitives on the run, hunted by Jeanine (Kate Winslet), the leader of the power-hungry Erudite elite. Racing against time, they must find out what Tris’s family sacrificed their lives to protect, and why the Erudite leaders will do anything to stop them. Haunted by her past choices but desperate to protect the ones she loves, Tris, with Four at her side, faces one impossible challenge after another as they unlock the truth about the past and ultimately the future of their world.

The Divergent Series: Insurgent is the second in a 3.4 part trilogy from Lionsgate via Summit Entertainment and is expected to release March 20, 2015 with Allegiant: Part 1 and Allegiant: Part 2 arriving March 18, 2016 and March 24, 2017, respectively. Watch the trailer below!

Hosoda Mamoru Returns With Anime Action Adventure, THE BOY AND THE BEAST. Watch The Teaser! Jason Statham Deals A Deadly Hand In The New Trailer For WILD CARD