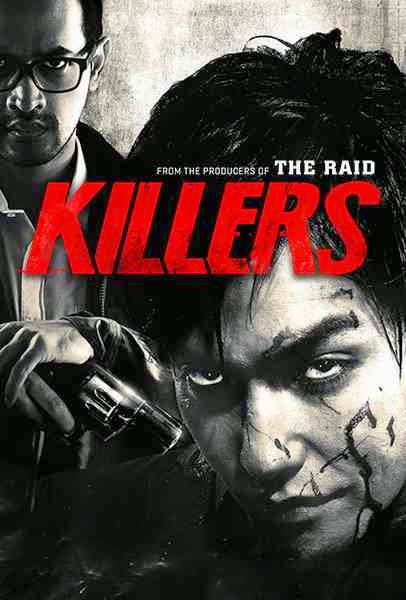 2014 was a great year for directing duo, “Mo” Brothers — Kimo Stamboel and Timo Tjahjanto and producer Gareth Evans with the acclaim they’ve received in the months after debuting Sundance 2014 fave, Killers. The film earned its simultaneous praise alongside Evans’s equally smashing debut of The Raid 2 as both films were produced by Evans’s banner, PT Merantau Films among others, with Killers ultimately doing well for itself upon its release in Indonesia back in February.

Now, moviegoers who were unable to attend the gala at Sundance are finally getting their chance to see what the fuss is all about with Well Go USA proudly releasing the film theatrically and digitally on January 23, 2015, setting up for what will likely be one of the most intense, violent and thrilling films you’ll ever see on the big screen. It will also serve as a great precursor to the upcoming production of Tjahjanto‘s The Night Comes For Us with Evans directing the action.

A series of horrific murders just went viral, posted anonymously by the handsome and seductive Nomura (Kazuki Kitamura), a predator with a taste for torture. Thousands of miles away, disgraced journalist Bayu (Oka Antarra) can’t stop watching – and in a reckless moment discovers he, too, can kill.

One man in Tokyo. One in Jakarta.  A serial killer and a vigilante. As the posts multiply and the body count rises, a bizarre and psychotic rivalry begins – and the face-to-face showdown that’s coming will paint the city in blood.

Rin Takanashi, Luna Maya and Ray Sahetapy round out the international cast. Watch the trailer!

[UPDATED] #Bond24: SPECTRE Gets A New Car, Cast Details And Teaser Poster! THE CROW May Have Lost Its Potential Lead Actor