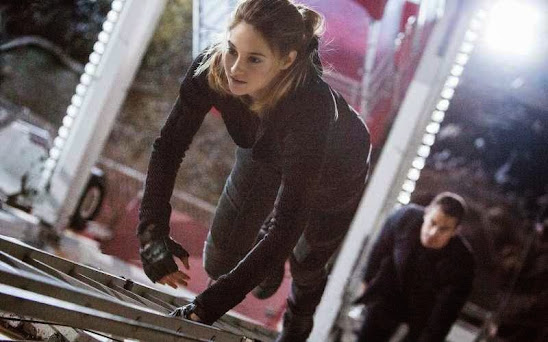 The tides have begun turning in the epic story of the Divergent Series following the title release of the first film in March earlier this year from director Neil Burger.

Based on the work of best-selling author Veronica Roth, Red director Robert Schwentke has been at the helm since May for the upcoming sequel, The Divergent Series: Insurgent, which follows the dangers that await factionless heroine, Tris, and her love interest, formerly Dauntless’ own Four after fighting their way out of an oppressed post-war society bound by five factions. While promoting her latest film, White Bird In A Blizzard, lead actress Shailene Woodley got a word or two in about what fans action fans and the Divergent audience can expect from the upcoming sequel, telling MTV, “It’s definitely going to have a lot more action, and I think it’s more character-driven in a lot of ways,”.
On Schwentke, Woodley spoke highly of her director’s handling of the production on set, saying, “Robert is definitely an actors’ director,… He was very keen on hearing our opinions about our characters, and collaborating on everything — whether it be the way that she looked, her hair, her makeup, her wardrobe. [We were] collaborating on dialogue, if it felt grounded and truthful. Not only to him, but to me as well.” She also added, “If something felt off-cantor, he would stop production, we would walk away and figure it out and go back, which is something that doesn’t always happen on big movies. I really felt like he was protecting the sacredness of the story, within the world of big-budget film.”

INSURGENT raises the stakes for Tris as she searches for allies and answers in the dystopian ruins of a futuristic Chicago. Tris (Woodley) and Four (James) are now fugitives on the run, hunted by Jeanine (Winslet), the leader of the power-hungry Erudite elite.  Racing against time, they must find out what Tris’s family sacrificed their lives to protect, and why the Erudite leaders will do anything to stop them. Haunted by her past choices but desperate to protect the ones she loves, Tris, with Four at her side, faces one impossible challenge after another as they unlock the truth about the past and ultimately the future of their world.