Bob Odenkirk Set To Play NOBODY For STXfilms And 87Eleven 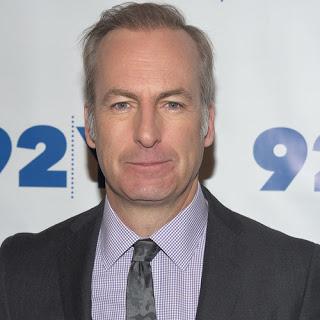 Deadline’s exclusive this week writes that Bob Odenkirk (Breaking Bad, Better Call Saul) is readying a new action thriller with STXfilms and Hollywood film production and action company 87Eleven. Nobody is the name of the project and has Odenkirk joined by Marc Provissiero through their Odenkirk-Provissiero production banner along with  Braden Aftergood producing, and Derek Kolstad scripting.

The story follows a man who comes to the defense of a woman being harassed by thugs, only to learn later that one of the men he put in the hospital is the brother of a drug kingpin, now out for vengeance.

Kolstad, whose already full plate in the past year currently consists of a third upcoming installment to the current John Wick film franchise along with television spin-off, The Continental, as well as The Steward for Cristal Pictures and a Hitman series at Fox 21 and Hulu, will also executive produce. 87Eleven’s John Wick franchise duo David Leitch and Chad Stahelski along with Kelly McCormick will also executive produce with STX’s Drew Simon and Kate Vorhoff overseeing.

Odenkirk, known prolifically for his performances on hit dramas Breaking Bad and spin-off Better Call Saul as well as in recent film credits like The Disaster Artist, and upcoming comedy Flarsky, joins Steven Speilberg’s The Post this weekend for its wide release. Aftergood is best known for serving as executive producer on reservation murder mystery thriller Wind River and heist drama Hell Or High Water.
Leitch, who paired with Stahelski for John Wick and executive produced its hit sequel, directed last summer’s Atomic Blonde and now helms the latest Marvel push in R-rated fanfare, Deadpool 2, for its new release date on May 18, up from its former June 1 date.