CLANDESTINE Finds Its Path To A New Trailer Date 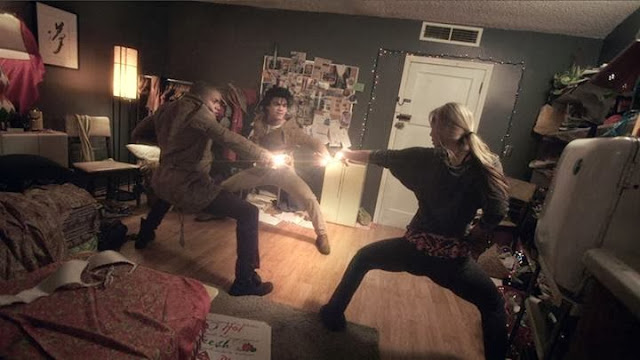 Independent filmmakers Chris Cowan and Haile Lee have been busy for the past couple of years over at Thousand Pounds Action Company putting together their brand new and currently-developing fantasy martial arts action series, Clandestine. The series has already granted exclusive eyes for its trailer viewing at last year’s anime expo where attendees also got a glimpse of conceptual action shorts that were filmed in expansion to reflect how the series would look.

You can view some of those concept videos on their YouTube channel as we speak. However, with the official trailer still a mystery to many, Cowan and Lee are making it official with today’s announcement.

Haile and Chris from the Thousand Pounds Action Company are official guests at this years MAGFest. Today they will be showing some previous game related works at the conventions film festival @3:30pm as well as walking around and gaming with the masses all weekend. Be sure to say hi if you’re in the area!

Also, we’re proud to finally announce that we’ll be releasing the first look at the Clandestine Path Trailer for the first two episodes on Monday, January 13th. We also want to recognize Andrew Prahlow | Music for his brilliant work on the original score for Clandestine. The music is sounding amazing and that will definitely reflect in the trailer.

More information next week as the trailer release nears closer.

This year’s twelfth-annual MAGFest in Washington D.C. ends this Sunday. For more details, visit their official website. Stay tuned for more information on Clandestine Path as it trickles.

THE SUSPECT Takes His Fight To North American Screens! Greg Rementer's Past Catches Up To Him In The New Shortfilm, DILEMMA