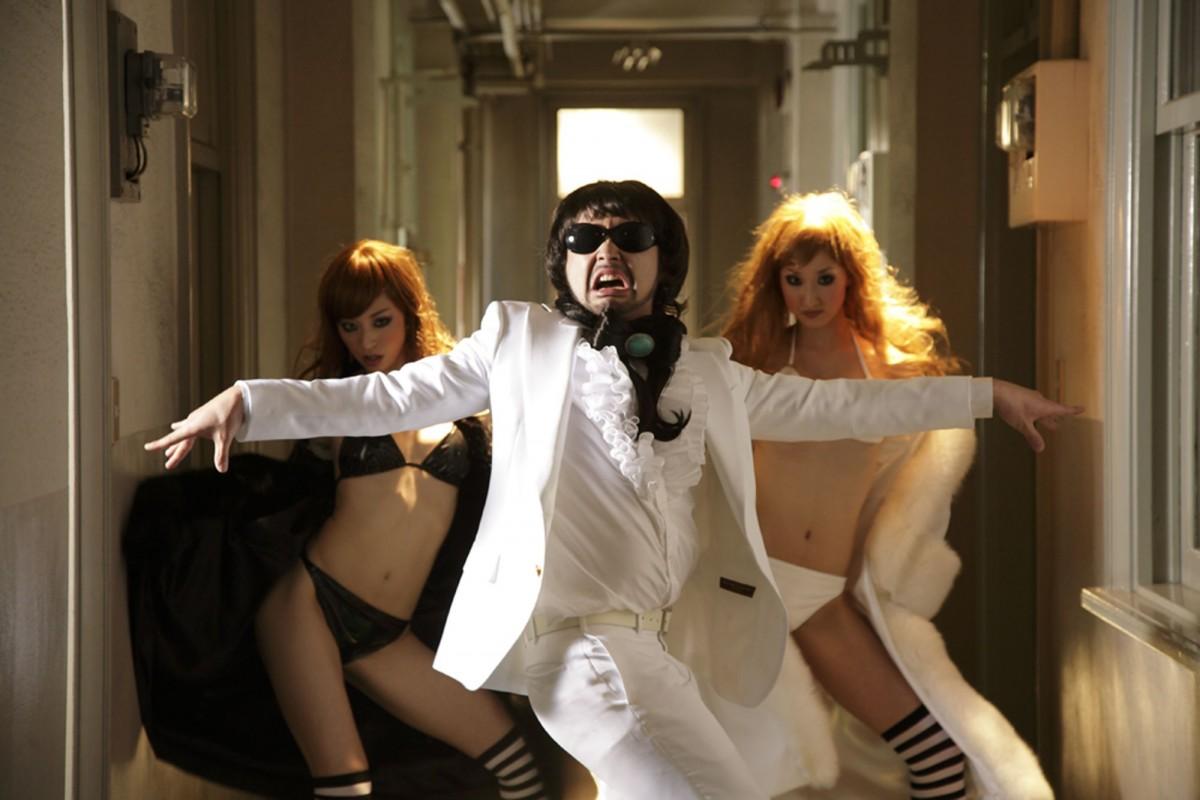 The last film writer and director Yoshimasa Ishibashi ever directed made its return to Fantasia Festival this year for the first time in nine years. Starring Takayuki Yamada, Maiko, Anna Ishibashi, and Seijun Suzuki in one of his final screen performances, we get Milocrorze – A Love Story, a movie that brims with nebulous eccentricity in its anthological, episodic and puckish tale of love, heartbreak, vengeance and emancipation.

Aside from the use of color, costumes and set design, the most discernible quality about the film are some of the names of our initial characters and age perception. A young child actor takes on the role of Ovreneli Vreneligare who lives with a cat named Verandola Gorgonzola, and falls in love with a beautiful woman named Milocrorze (Maiko) after meeting in a park. The two seemingly fall in love and start their life together until trouble in paradise looms, and Ovreneli resigns to living out the rest of his life with two potlids patching the hole where his heart used to be.

The film then pivots to the exploits of Besson Kumagai, a brash, unconventional hotline operator in service of men looking forg romantic advice, and it never fails that every time he elucidates things, it then turns into a festive dance number where he’s surrounded by beautiful women and driven in his own decked-out limo. This story soon brings us into the four year odyssey of Tamon, a wayward Romeo who found his Juliet in Yuri (Anna Ishibashi), until one day she is kidnapped and disappeared, leaving no choice for Tamon but to transform himself into a ruthless, sword-wielding ronin in an epic chanbara play against yakuza operating in a high-end brothel. 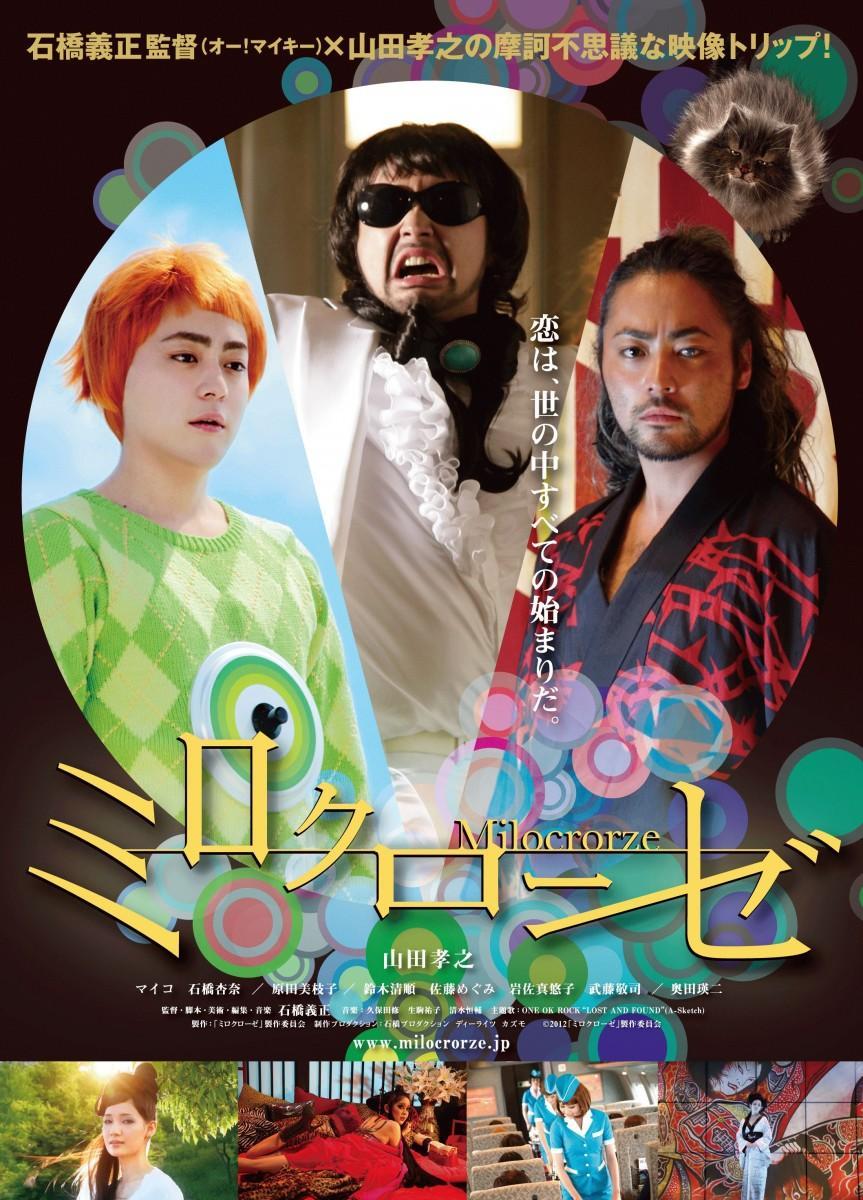 Casting aside Yamada’s brilliant trifecta of characters and the range he shows for Ishibashi’s vision and script, Milocrorze – A Love Story is the kind of story that takes a happy face, covers it in blood, tears and stoic regret, but never lets up on its original expression. It definitely explores lovelorn romance through an absurd lens but also manages to deliver an endearing message on matters of the heart, plainly and simply without too much layering to figure out.

The Tamon storyline is the sweetener for fans of Japanese cinema and anyone who loves a good sword drama. The final confrontation at the brothel jumps into a key flashback that amply builds up the story in all its importance and pertinence to the core root of the film, and all leading up to an explosive slow-motion oner as Tamon slays through the rooms and halls of the brothel in search of his one true love.

The overall production design takes on a life of its own between all three stories, all in which Ishibashi presses onward, unabashed by his vision and allowing himself to dive even deeper into the more whimsical and weird, and scantily clad.

Given all the reviews that’s been written in the past decade about Milocrorze – A Love Story, there isn’t much else that can be said but with a simple Google search to confirm what’s already been reaffirmed by critics alike since the film’s circulation in 2011. If oddball genre cinema of an Asian variety is your speed and you follow the works of Miike, Kitano, Fukuda and Sono, or even Guy Moshe by way of Bunraku (2010), director Ishibashi’s fantasical hybrid here is right up your alley, and hopefully there’s still a way to own a legit copy of this film wherever you are in the world, because it deserves ownership.