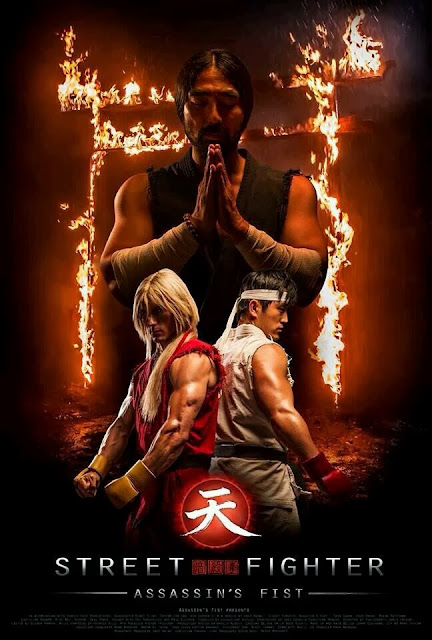 Time marches on as actor, co-writer/creator, action director and filmmaker Joey Ansah continues to work out the kinks for the pending distribution of his upcoming online action adventure with Street Fighter: Assassin’s Fist. The word is already positive though, with fans already aware of the exclusive feedback from a few lucky observers who have had a chance to report on the footage in its developing phases, largely including author strugler at hadoken.net whose intricate analysis in October of last year included the following statement:

“After watching the few clips i can easily say that all my worries were thrown out of the window. This is no ordinary web series. The show is very cinematic and feels like a big budget movie. And if you think Mortal Kombat Legacy looked good then wait until you see what these guys have done.”

This week for now, we have another announcement accompanied by new teaser photo featuring actor, co-writer/creator and fight choreographer Christian Howard and actor Mark Killeen as their respective characters, Ken Masters in full-red garb, and father, Mr. Masters, to bide our time as Street Fighter: Assassin’s Fist draws near with its forthcoming multiplatform serial release… which, of course, can’t come soon enough.

The most successful and most loved fighting video game of all time, Street Fighter’, is finally being given the epic, and faithful treatment it deserves.

Street Fighter: Assassins Fist takes us back to the formative years of the iconic characters, Ryu and Ken, as they live a traditional warriors life in the secluded, mountain wilderness of Japan.

Training under their master, Goken, the boys are the last practitioners of the ancient fighting style known as Ansatsuken (Assassin’s Fist). Originally developed as a killing art, masters of this style are able to manipulate their Chi/Ki energy into devastating special techniques of potentially fatal power.

As Ryu and Ken learn about the mysterious past of their Master Goken and the tragic and dark legacy of the Ansatsuken style will the two best friends become bitter rivals as their training intensifies and reaches a climax?