Assuredly Hellboy fans have had time to deal with their grievances over not seeing a third Perlman/Del Toro offering. Frankly I think the excuses are bullshit myself and I share the frustrations, but the good news is that Lionsgate and director Neil Marshall have stayed steady for their focus on keeping the vibe going with some convicing set stills of David Harbour in full costume.

That iteration now takes center stage, erected in the official poster revealed ahead of the film’s push this weekend at New York Comic Con where Entertainment Weekly’s Clark Collis will host a cast/crew panel at the Javits Center’s main stage; EW took to its platform to unveil its own exclusive in the minutes before Lionsgate rolled out its own unmarked Comic-Con one-sheet which you can view below. 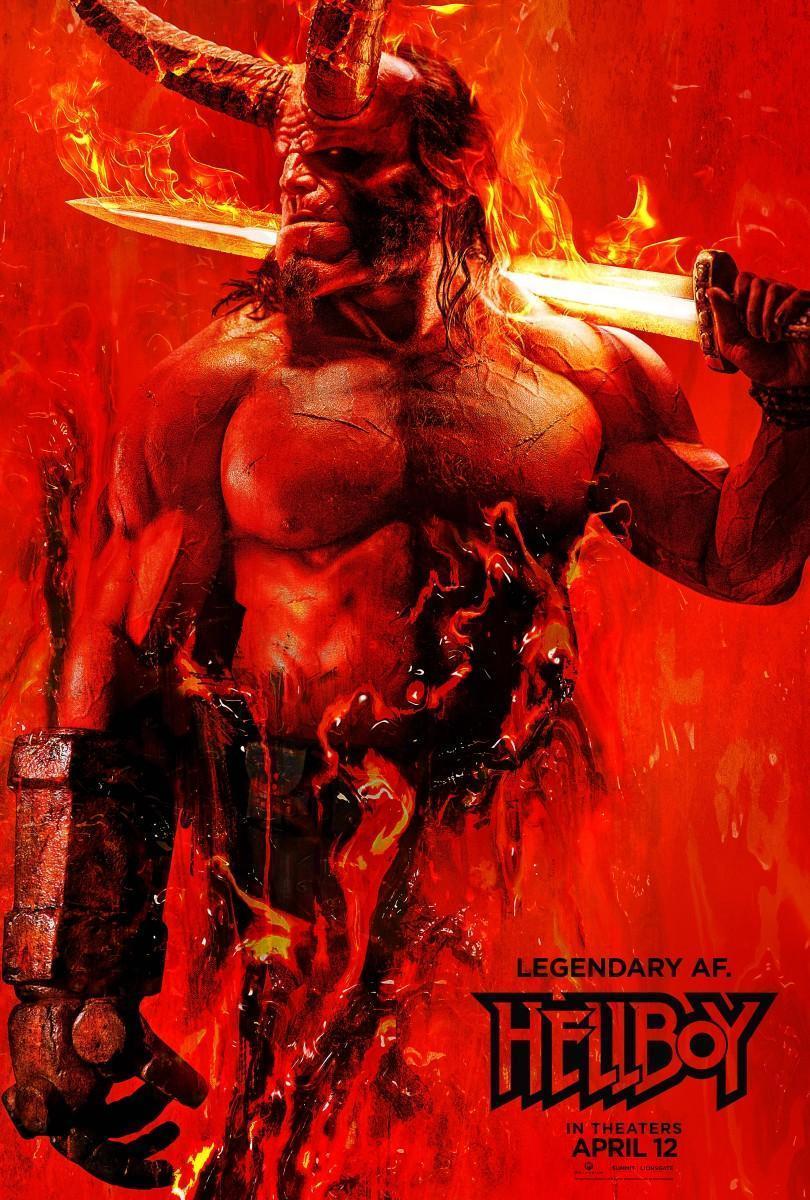 Based on the graphic novels by Mike Mignola, Hellboy, caught between the worlds of the supernatural and human, battles an ancient sorceress bent on revenge.

Harbour is joined by Ian McShane, Daniel Dae Kim, Sasha Lane and Milla Jovovich with a release set for April 12.

Koichi Sakamoto Goes Mockbuster This Spring With NINJA VS SHARK!