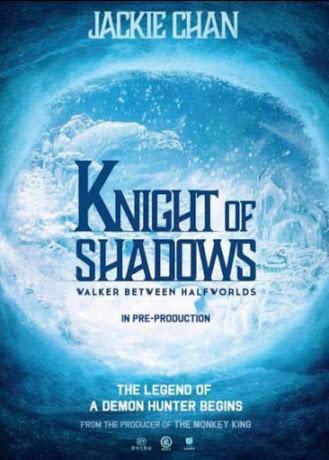 Going into the new year won’t feel at all abandoning for Jackie Chan fans. Mtime shelled out new production photos for the actor’s latest, Knight of Shadows: Walker Between Halfworlds, hailing the completion of production this week as well as an extended cast listing under sophomore director, Vash.

In Ancient China, the boundary between the worlds of humans and monsters once collapsed! The legendary demon hunter (Jackie Chan) defends humanity from an inhuman invasion. The fragile barrier holding back the kingdom of monsters is torn open when an otherworldly princess sacrifices herself to save a human. He becomes a legendary demon hunter, tracking down the beasts that enter the human dimension, assisted by a lawman protégé and a motley group of friendly monsters. When something starts kidnapping village girls to feast on their souls, our hero encounters another demon hunter who is not fully human! This new epic features exciting action, wild comedy, eternal love, thrilling VFX, and revelations of a world beyond.

The production photos below will lend a different perspective for anyone who might have perceived this Chinese fantasy as live-action in some capacity. The art definitely looks as alluring in both scope and scale and nothing too far from what producer Kiefer Liu has been keen on with his contributions toward Pou Soi Cheang’s The Monkey King trilogy.