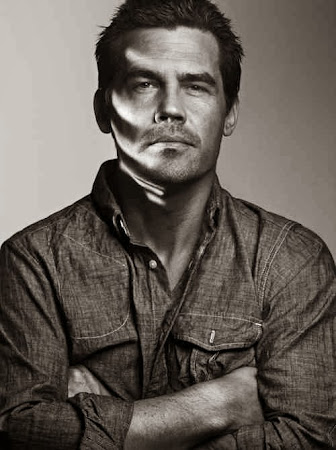 I’m kind of a fan of former Goonie, actor Josh Brolin. No, I haven’t Spike Lee’s version of Oldboy yet, and I will, eventually. But I don’t really feel like he’s gotten his just dues as an actor, although he has earned some approval among filmgoers and film producers on the level, so much so that he was once a named candidate for the role of Bruce Wayne in the then-untitled Batman V. Superman movie.

Furthermore, I have also enjoyed seeing him on screen since appearing in films No Country For Old Men, American Gangster and Gangster Squad – films that didn’t need to rely heavily on special effects to appeal to me as opposed to just applying human talent through acting and physical performance. And it just so happens that filmgoers like myself will get to see more of that when Brolin joins the production of the upcoming crime thriller, Sicaro, from producer Basil Ilwaynk for Thunder Road Pictures, Edward McDonnell, ans also produced by the film’s financier, Black Label Media.
The film was announced at Cannes earlier this month upon North American and international pick-up by Lionsgate with Prisoners helmer Denis Villeneuve attached to direct. Brolin will be joined by actor Benecio Del Toro, with the film’s leading lady, Emily Blunt from a script written by Taylor Sheridan that centers on a law enforcement officer from Tucson, Arizona who travels to Mexico with a pair of mercenaries to track down a drug lord… Yes, my interest is pretty peaked!
Sicaro begins shooting this early June. In the meantime, action fans will be able to continue their summer blockbuster binge with Del Toro reprising his role from Thor: The Dark World as The Collector, and Marvel’s newest addition of Brolin as intergalatic villain, Thanos in the upcoming releases of Marvel’s Guardians Of The Galaxy on August 1, 2014, followed by the May 1, 2015 release of Marvel’s The Avengers: Age Of Ultron; Blunt will appear nationwide in the critically-acclaimed upcoming North American release of Doug Liman’s new live-action manga sci-fi adventure, Edge Of Tomorrow, starting this Friday in theaters everywhere.
Keep an eye open for more updates!
H/T: Deadline, Variety