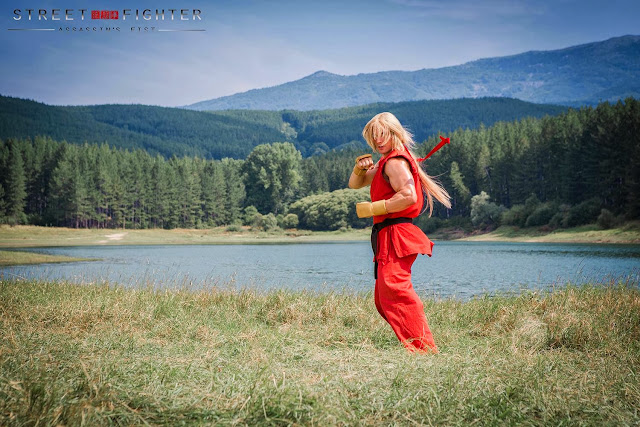 A trailer is yet to be shown publicly for the upcoming serial release of actor and director Joey Ansah‘s latest experiment in live-action fighting game feature-length series, Street Fighter: Assassin’s Fist as the business of getting things together for a proper distribution platform rolls on ahead of a much-needed air date. However, on Friday, the official Facebook decided to give fans a glimpse into the score to be used in the series by Patrick Gill and Bolo Music UK, sampling two tracks – Three Days Three Nights, and an electric guitar-infused variation on Ken’s Theme that differs from the one introduced in Ansah’s 2010 breakout concept pitch, Street Fighter Legacy. Naturally, it brings curiousity as to what the track for the series will deliver for the character Ryu in the same comparison. Of course, we’ll just have to wait and see before then.

Also, the official Facebook page has offered a six minute B-Roll with speaking segments from Ansah and other cast and crew, along with other explosive behind-the-scenes shots of the action that awaits!

Check it all out:

The most successful and most loved fighting video game of all time, Street Fighter’, is finally being given the epic, and faithful treatment it deserves.

Street Fighter: Assassins Fist takes us back to the formative years of the iconic characters, Ryu and Ken, as they live a traditional warriors life in the secluded, mountain wilderness of Japan.

Training under their master, Goken, the boys are the last practitioners of the ancient fighting style known as Ansatsuken (Assassin’s Fist). Originally developed as a killing art, masters of this style are able to manipulate their Chi/Ki energy into devastating special techniques of potentially fatal power.

As Ryu and Ken learn about the mysterious past of their Master Goken and the tragic and dark legacy of the Ansatsuken style will the two best friends become bitter rivals as their training intensifies and reaches a climax?

JKHH Films Saves The World In Their Latest Earth Hour Short, THE INFILTRATION The Reality Of Internal Conflict Meets A Touch Of Kung Fu Fantasy In The New Trailer For WARRIORS