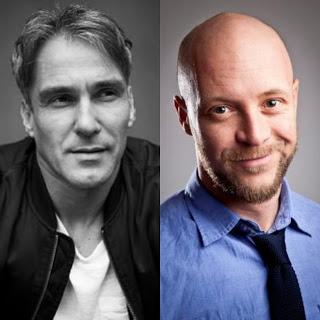 Production has officially begun for UK action thriller, Nightshooters ahead of its Summer 2018 release. Colin and Magpie helmer Marc Price is directing for Ascendant Releasing with word from The Fan Carpet that Band Of Brothers cohorts Doug Allen and BAFTA award-winning Nicholas Aaron have joined the cast.
Allen will play a washed-up B-movie action star next to lead actor Jean-Paul Ly in the role of Donnie, both who accidently stumble upon a gangland hit. Aaron will play one of the leaders of the gang pursuing Donnie and his crewmates. Ly, the burgeoning U.K. actor and martial artist who led Jimmy Henderson’s Cambodian action thriller, Jailbreak, to multi-festival acclaim this year, was officially added to the cast at the start of the month.
via The Fan Carpet:

“Having worked with Doug twice before, I’m delighted we’ll be collaborating once again on NIGHTSHOOTERS. Doug has a fantastic CV and I’m sure will once again bring an amazing performance to the screen”, says Executive Producer Bart Ruspoli.

“I’ve been speaking at length with Doug and I’m incredibly excited to work with him in bringing Harper to life. Harper represents a certain realism that you see in low budget film making. Doug wants to bring honesty to that performance which should be a little toe-curling for anyone who either is a troublesome actor or who may have had the misfortune of working with one!” says Director Marc Price.

A post shared by Nightshooters (@nightshootersfilm_official) on Nov 20, 2017 at 3:23pm PST