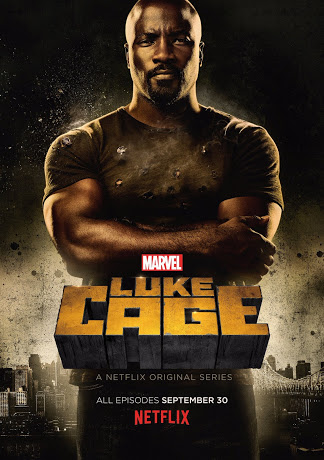 Apart from other plans currently being set in motion, I know how I will be spending my weekend following September 30. Enter actor Mike Colter as Marvel’s newest hero on Netflix, Luke Cage, post Jessica Jones with the goal of a new pacifist life in Harlem until once more disturbed by the rising crime wave courtesy of Cottonmouth, played by actor Mahershala Ali.
A second official trailer is now online and you can check it out below, but if you’re not already sold, you probably won’t be. Marvel and Netflix have already endured a winning track record with the two current shows out of four as we approach Defenders territory and possibly a Heroes For Hire venture in which Colter would utimately join Finn Jones now on deck for the upcoming fourth Marvel program, Iron Fist which will likely air next year.
And no, not even that may be all, but of course, let’s not get ahead of ourselves. Watch the trailer below and plan ahead!

TO WHOM IT MAY CONCERN: An Interview With Steven Yu Sony Moves Up HARBINGER To Kick-Off Its Valiant Comics-Based Cinematic Universe