Poster And Trailer For SHIELD OF STRAW 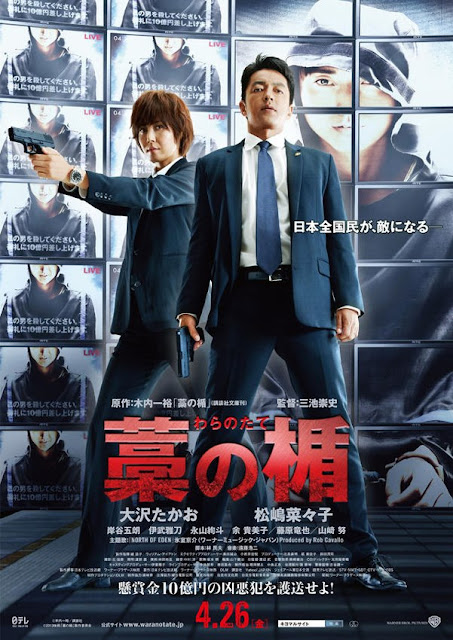 A new poster has gone viral this week for the upcoming Japan April 26, 2013 premiere of the new Takashi Miike film from Warner Bros. Japan, Shield Of Straw. The film is executive produced Seiji Okuda, Hiroyoshi Koiwai, produced by Misako Saka, Maeda Shigeji, and written by Tamio Hayashi, based on a 2004 crime novel by Kazuhiro Kiuchi. It stars Takao Osawa (Sky High, Goemon) and Nanako Matsushima (The Ring) as detectives from the Fukuoka Prefectural Police who are hired to protect a murder suspect played by Tatsuya Fujiwara (Battle Royale) when he discovers a 1 billion yen bounty on his head by the victim’s grandfather, a powerful figure in the financial world. Check out the trailer below from earlier this year, or click HERE if the embed fails to load.