Review: CREPITUS Features a Creepy Clown, But Not Creepy Enough

If you’re a fan of the horror genre, you would probably agree that in these films, clowns and children can be creepy, right? So when I read the official synopsis of Crepitus, I was excited. I just knew I’d meet a new creepy clown to scare my coulrophobic friend with and was excited to see the havoc it would wreak.

What or who is Crepitus? Here is the official synopsis from Indican Pictures:

Seventeen year old Elizabeth and her younger sister, Sam, are thrust into circumstances more terrifying than living with their abusive, alcoholic mother when they are forced to move into their deceased Grandfather’s house. Frightened beyond belief, they begin to learn horrible things about their family history. Nevermind the ghosts in the house, there is something far worse that takes an interest in the girls … a cannibalistic clown named Crepitus.

Sounds creepy, right? It wasn’t. Let’s start with the good: the concept! A cannibalistic clown that eats naughty people. Who wouldn’t want one of those in the basement for when those neighborhood kids won’t behave or you’re being hassled by someone? The camera shots and the flashbacks helped to tell the story in a way that kept my interest. 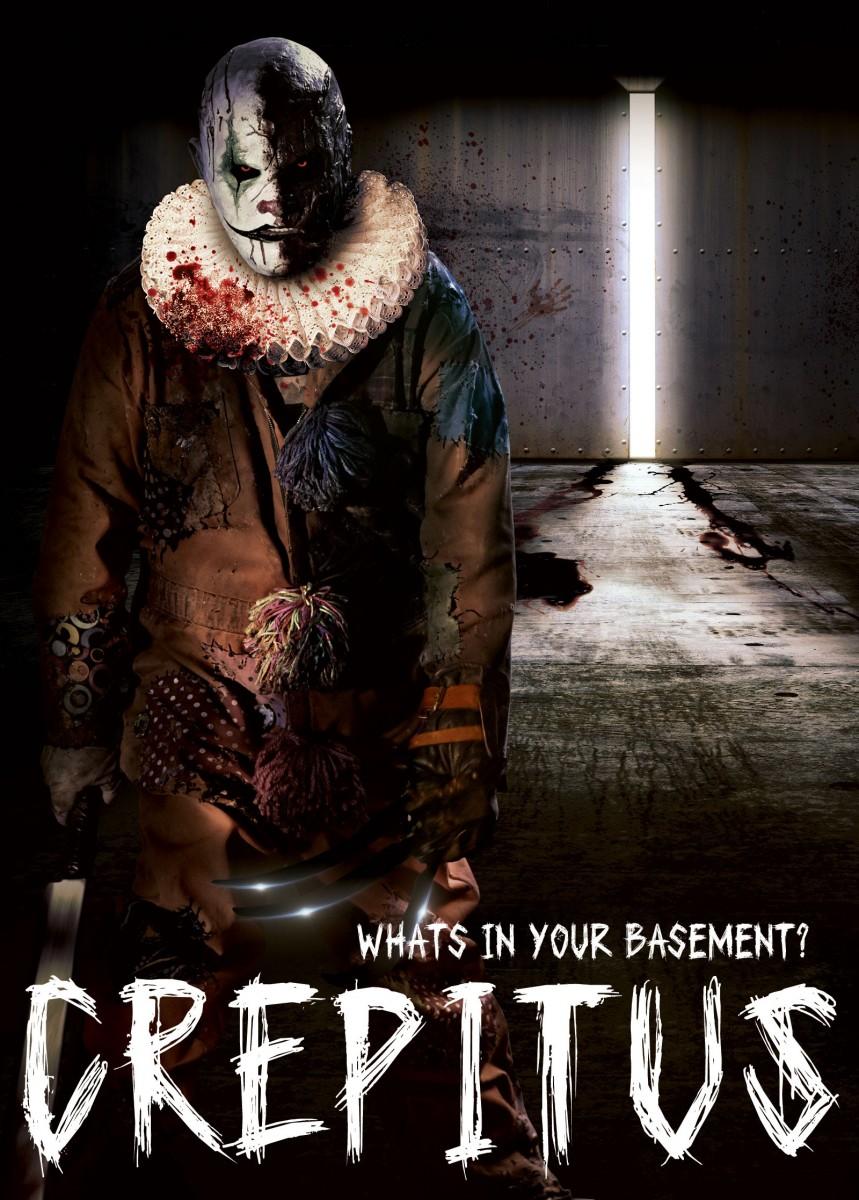 But that’s really all that I liked. Sometimes the flashbacks and the camera shots made the storytelling feel choppy. The pacing was slow and not everything was explained. Why did the family have to move back into the home? Why had they left in the first place? Was the mother always an abusive alcoholic? Were the ghosts and clown related? There were times when the mother, the ghosts, and clown overcrowded the house like the plot overcrowded the movie.

I did finish the film so it wasn’t terrible. I had questions that I needed to see the answers to so the film kept my interest, but didn’t answer all my questions. The concept was what made me really want to see the film, but to me, the delivery was disappointing.

But don’t take my word for it; try it out for yourself. The film released in theaters November 1st, but if you missed that and want to give this one a try, it will be available on VOD and DVD December 13th. Until then, if you haven’t seen it already, here’s the official trailer:

Writer, bookworm, geek in too many fandoms to name, Indianapolis Colts and Chicago White Sox fan.
6 UNDERGROUND Trailer Touts Italian Wonder, Lands A New Poster Your Next Viewing: THE MANDALORIAN Is A Welcome Addition to the Star Wars Universe