R.L. Scott Tapped To Bring Yen-Style Action In THE SMUGGLER 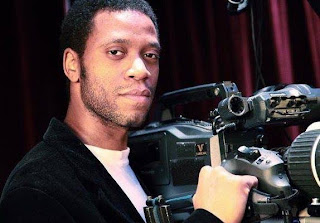 Action filmmaker R.L. Scott (pictured left) has been keeping busy with post production on the upcoming 2014 release of the independent crime thriller, Call Me King, in addition to developing the first-ever feature length ensemble African American superhero movie, The Almighty Street Team. Today, the latest announcement from the founder of Shadow Motion Pictures are sure signs that he and wife/co-founder, actress Monyque Thompson Scott do not plan on resting for the remainder of 2013.

Film Combat Syndicate has exclusive breaking news that R.L. Scott has been hired for the upcoming October filming planned for a brand new action thriller titled, The Smuggler, from DorMar Pictures, in which R.L. will produce, write and direct, as well as choreograph the action. The film will feature Call Me King co-stars, actor Maurice Whitfield (pictured below) and actress Monyque Thompson Scott, along with Kevin Lukata whose previous collective credits with Mrs. Scott include Champion Road (2008), Champion Road: Arena (2010), and webseries installations for Touye Pwen: Kill Point (2011), and Fixer (2012), all of which are SMP productions. Actor George Vincent and actress Ryann Graye currently round out the cast, with Graye serving as producer, and Whitfield serving as executive producer. 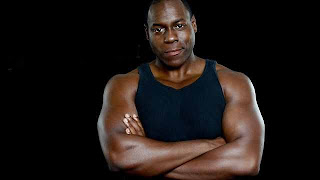 With the action set to be stylized in the vein of films such as Donnie Yen actioners like Sha Po Lang (a.k.a. Kill Zone), and the upcoming film, Special ID, The Smuggler will star Whitfield as Mason Luke, a character described as “a world class smuggler who gets caught in the middle of a war between two powerful corporations while trying to smuggle a young woman into the country.” The film is also set to feature great car scenes, several of which will include a 2013 Dodge Challenger affectionately named, “Justine”.