ROPE-A-DOPE 2 Gets An Online Date And Poster!

ROPE-A-DOPE 2 Gets An Online Date And Poster!

Internet martial arts action sensation, actor and stuntman Eric Jacobus has made a name for himself with over a decade of innovative choreography and storytelling to fulfill the voracious needs of genre fans everywhere. He certainly achieved great notoriety with last year’s shortfilm release, Rope-A-Dope, which became a festival hit prior to its acclaim online earning the approval of fans virtually everywhere. However, if you thought he was just going to rest on his laurels and end it there, think again.

Hopefully you managed to catch the last batch of set photos from principal photography from the summer. The first installment started things off pretty small, and rightfully so, as you can expect an even larger ensemble cast of performers for an even crazier set up of comedic action featuring Jacobus as our lead against fellow Stunt People member, stuntman and actor Dennis Ruel reprising his role. Only this time, the Dope’s next misadventures will unfold, revealing just a little more about the Martial Arts Mafia, and the curse that consumes him in his quest to stop the vicious cycle that puts him in a neverending loop of defeat.
Rope-A-Dope 2: Return Of The Martial Arts Mafia is releasing online on January 12, 2015 to commemorate the 14th anniversary of The Stunt People. And for this, peep at the new poster below by actor Wildchild Gil Sanabria, and follow the shortfilm on Facebook by CLICKING HERE. 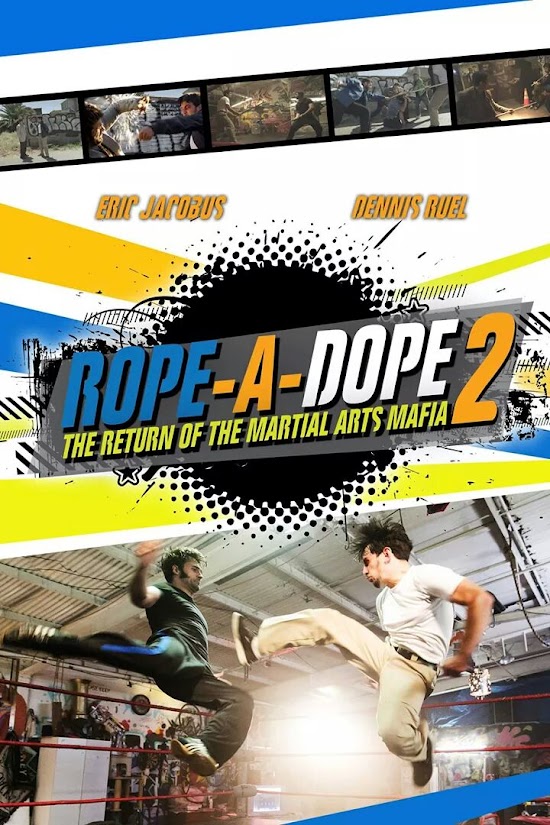