SICARIO Sequel Is In The Works At Lionsgate 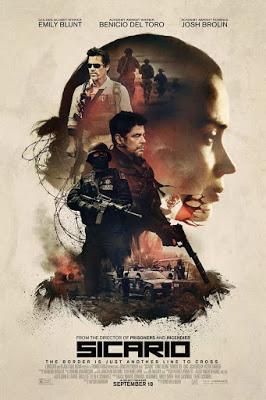 Director Denis Villeneuve‘s latest crime pic, Sicario, has had a fantastic run this year with rave festival reviews and approval from critics since then. The film is currently rolling out in select theaters as of last week with box-office figures currently standing at $401,288 with over $66,000 on average per screens since then, which stands as good news for Lionsgate before releasing the film in more cities leading up to a wide release on October 2.
For this, the prospects of a sequel remain positive for actor Benecio Del Toro whose depiction of the mysterious character, Alejandro, is reportedly being developed for one, according to Variety. Villeneuve and writer Taylor Sheridan are reportedly working on the film although it’s not yet known if the film’s director will return to the helm.
Actress Emily Blunt leads the current film along with Del Toro and actor Josh Brolin which centers on a tough FBI agent who gets assigned to a task force on an off-the-books mission back-and-forth into the U.S.-Mexican border in the escalating war on drugs to take down a major cartel. With all the great press the film is getting so far, the signs seem good for a follow-up it it’s suitable, and Sicario is a film I haven’t had time to check out yet. But I’m definitely going to.
Not a bad lead-in for a filmmaker behind the upcoming long-awaited Blade Runner sequel, I’d say.

THE HIT LIST: September 21, 2015 The New Trailer For SIAM YUTH: THE DAWN OF THE KINGDOM Comes Out Swinging