SIXTY MINUTES TO MIDNIGHT: The Hunt Is On In The Newest Trailer 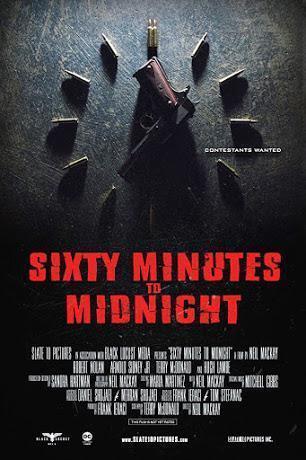 As of late, it is on his second feature film that Battleground helmer Neil Mackay now looks to enthrall audiences with contained action thriller, Sixty Minutes To Midnight. Robert Nolan leads the cast from a script by Terry McDonald among which our three may likely join the crowd at Toronto After Dark for its world premiere on Thursday.

On New Years Eve, former soldier Jack Darcy (Robert Nolan) wakes to find himself entered into a murderous new game show. He has sixty minutes to kill or be killed by a group of strange armed men who’ve surrounded his house. But what his would-be assassins haven’t realized is that Jack has learnt a trick or two from his military days, has a hidden cache of weapons and isn’t going down without a vicious fight!

The official trailer is already viral and boasting with a mingle of ingredients from the likes of The Running Man, Die Hard and Assault On Precinct 13, the footage seems to do justice aplenty. Check it out below and click here to see about tickets.

TOM CLANCY’S JACK RYAN Hits The Ground Running In The Official Trailer A Case For Better Action Movies: PLAN B: SCHEISS AÜF PLAN A Is A Paragon Of Versatile Genre Film Excellence