SONIC THE HEDGEHOG Is Zooming To The Big Screen! 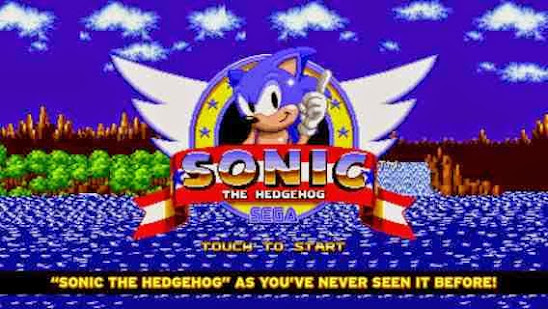 Anyone here grow up playing Sonic The Hedgehog on SEGA back in the 1990’s? I did, and loved every minute of my childhood because of it. As for the animated television shows that were popular at the time, I wasn’t too keen on those. But, I was always curious as to what a live-action project would look like.

I suppose that would take a bit more effort than an animation would, which is..well.. sort of the route that Sony Pictures seems to be going with its latest press release announcing the development of a feature film.

Check out the info below, and expect some casting surprises in the coming months!

CULVER CITY, Calif., June 10, 2014 /PRNewswire/ — Sony Pictures Entertainment and Marza Animation Planet, a CG animation film production company of the SEGA SAMMY Group, today announced a partnership to develop a film based on the acclaimed Sonic the Hedgehog video game series.  A hybrid CG-animated/live-action feature, the movie will be written by Evan Susser and Van Robichaux and produced by Neal H. Moritz through his Original Film banner, along with Marza’s Takeshi Ito and Mie Onishi.  Toby Ascher will serve as an executive producer

The film will look to capture Sonic’s irreverent tone and spirit, reuniting him with some of the most revered and infamous characters of the franchise, including the evil Dr. Eggman.  Playful, mischievous, and quick on his feet in more ways than one, the world’s fastest hedgehog is known for his ability to move at supersonic speed to protect his friends from their enemies.  For more than two decades, Sonic has been one of the world’s biggest gaming icons and a $1 billion franchise with more than 140 million games sold

Commenting on the announcement, Hannah Minghella, Columbia Pictures’ president of Production said, “There are limitless stories to tell with a character like Sonic the Hedgehog, and a built-in international fan base. Along with our wonderful creative partners at Marza, we’re looking to capture everything that generations of fans know and love about Sonic while also growing his audience wider than ever before.”

Marza Animation Planet CEO Masanao Maeda added, “Sonic has had dozens of adventures on the console and the small screen, and we’re thrilled that he’s now coming to the big screen.  Sony Pictures has had great success with hybrid animated and live-action features, and we’re confident that this collaboration will bring a fresh take to Sonic, while still capturing everything that the fans love about him.”

Marza is a leading CG animation production company with the vision to create films to the global market from Japan, by combining global storytelling and Japanese creativity.  It plans to release one feature-length film each year.

The 'Fisk' Is In For Vincent D'Onofrio In Marvel's DAREDEVIL For Netflix Kimmy Suzuki Stands Alone In The New Shortfilm, ICHIBAN