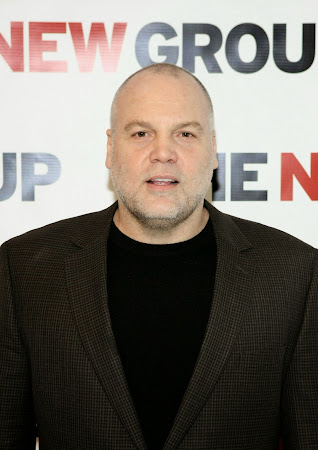 Following the addition of Boardwalk Empire seried actor Charlie Cox as the lead of the upcoming Netflix series for Marvel’s Daredevil, the official word is that the role once played by the now late actor Michael Clark Duncan in Mark Steven Johnson’s 2003 feature adaptation will be passed down to none other than actor Vincent D’Onofrio (The Cell, The Break-Up, Law & Order: Criminal Minds, Escape Plan). The role comes as things continue to develop for Marvel’s latest venture with Netflix with the production of four live-action shows, with the other three including Jessica Jones, Iron Fist and Luke Cage.

Blinded as a young boy but imbued with extraordinary senses, Matt Murdock fights against injustice by day as a lawyer, and by night as the super hero Daredevil in modern day Hell’s Kitchen, New York City.

The new series will run for 13 episodes with Steven DeKnight serving as showrunner with Drew Goddard writing the first two episodes as well as serving as producer with Jeph Loeb. The project is also one move in a pattern that points directly toward a gradual increase in activity for the film industry workforce in upstate New York where a new central nano hub for training and providing film services is being constructed, specifically in Onondaga County. It’s a detail worth mentioning seeing as how some states have more of an advantage than others nowadays when it comes to film initiatives. Hopefully the right people will solve that issue, as supposed to letting the wrong people do nothing about it.

In the meantime, Daredevil is bringing jobs upstate, as well as what looks like an exciting new live-action rerendering of a comic book fave.
Stay tuned for more information.
H/T: Deadline