STREET FIGHTER: ASSASSIN'S FIST Gets Closer To A Trailer 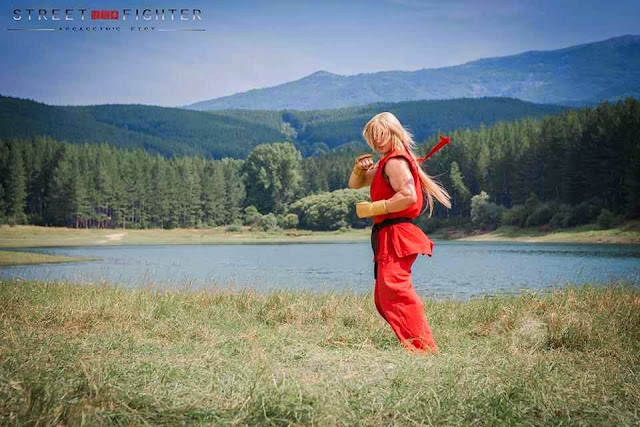 It has taken several years (decades, even!) to formulate a seemingly ambitious and appropriate vision of Capcom’s Street Fighter to happen in a live-action format, and as we grow closer to the release of that very conception in the form of director Joey Ansah‘s newest labor of love, Street Fighter: Assassin’s Fist, updates on the official Facebook page have been rare as of late. This week, however, fans were treated with another full glimpse of actor, co-writer/creator and fight choreographer Christian Howard in the role of Ken Masters, which you can view above. In addition to this, the official page has updated its followers with an official stated ‘thank you’ from its producer, Jacqueline Quella and co-producer Mark Wooding, in addition to a hint at a trailer date.

“Street Fighter: Assassin’s Fist” is an upcoming Capcom sanctioned live-action webseries from the team behind the noteworthy web short, “Street Fighter: Legacy.” The story will explore the early days of series stars Ryu and Ken and tell the story of their tutelage under Gouken, who must decide whether to pass down all the secrets of the ‘Asatsuken (Assassin’s Fist) fighting style after experiencing first hand the ill-effects that befall his younger brother, Akuma. Gouken struggles with whether his two young trainees Ken and Ryu will split along the path of light and darkness just as he and Akuma did as they learned from their master, Goutetsu.

A co-production of Assassin’s Fist Limited, along with Lonely Rock Productions, Gloucester Place Films, Evropa Film and Capcom USA, Street Fighter: Assassin’s Fist is a multi-platform chapterized episodic feature film and has received worldwide online acquisitions in several territories as of late last year, with Content Media handling the sales. The series is directed by Ansah, who also wrote, created and choreographed the action sequences with Howard, in addition to playing the role of Akuma, the demonic reinvention of the character Gouki, played by actor Gaku Space. Actors Akira Koieyama and Shogen Itokazu star as the respective older and younger renditions of the character, Gouken, with Togo Igawa starring as Gotetsu/Goma, Hal Yamanouchi as Senzo, actress Hyunri as Sayaka, and Mark Killeen as Mr. Masters.
The film is expected to release beginning early 2014 with dates pending. Stay tuned for trailer news!

SYNDICATE SHOUTOUTS: Well…This Was A Pleasant Surprise! Three Angry Canadians And Only One Machine Gun! What Do You Do? Watch RIFLE FIGHT PRACTICE And Find Out!