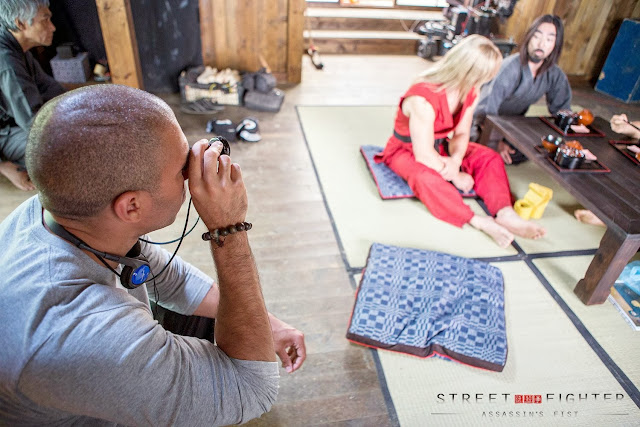 In the video, Ansah, who also starred-in and directed the action sequences with fellow lead actor, co-creator and fight choreographer Christian Howard, delved into a variety of topics ranging from his own personal motivations and aspirations as a martial artists and devoted fan of the original fighting game franchise by Capcom, how the story has been formatted according to the appearances and dimensional explorations of the characters, to the challenges he and the cast and crew faced on the pre-production and filming process, designing the evolutionary layers of the Asatsuken – the titular fighting style of the series, what it means to create a series that differs substantially better from previous live action attempts, and much more. The series itself has already been screened to Capcom and an exclusive few, including Hadoken.net contributor, Strugler whose own exclusive review of Ansah‘s action packed, long-awaited, fan-driven labor of love surpasses all other anime and manga interpretations, and sits “at the top of any Street Fighter adaptation ever made.”.

Further details are still pending while trailer is expected to make its way online between now and next month by the series debut which could possibly arrive in April.


Watch the Q&A below and stay tuned for more information.