THE FATE OF THE FURIOUS: Family Falls Apart In The First Official Trailer

Ask anyone up until now if you thought the ever-loyal Toretto family wasn’t going to have its share of trials and tribulations, and they’d probably tell you you were up your own ass for even asking that. Well, leave it to A Man Apart and Straight Outta Compton director F. Gary Gray and his band of miscreants at Universal Pictures to turn things upside down for those naysayers who have been in for a huge surprise during the trailer launch on Sunday night for the new film, The Fate Of The Furious which now puts the famed love story between Dom (Vin Diesel) and Letty (Michelle Rodriguez) in sheer jeopardy, leaving a lot of people asking a series of WTFs online and such.

It’s great dialogue for Universal though as I expect it may be, further driven by whatever past updates from the film’s other major star, Dwayne Johnson, may have intended to spark within the framework of the rivalry we now see between Johnson’s lawman role, Hobbs, and producer Diesel who stars in the longstanding saga in the five years since they stood opposite one another in Fast Five. Mind you, we’ll have at least another four or five years to have our questions answered with at least two more films in tow about how or why things have curtailed the way they have among our on-screen family, and especially with Dom lip-locking with the film’s new techno villain played by Furiosa herself, actress Charlize Theron. At any rate, the first official trailer is online, extensive, and otherwise hugely compelling and further welcoming into the next chapter of The Fast And The Furious saga that lives on the legacy of its stars, alive in this life or the next. 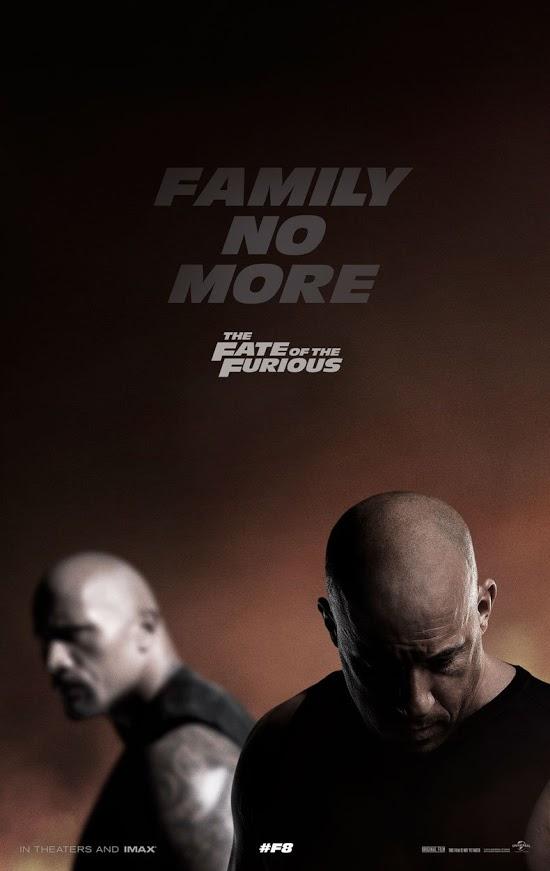 Now that Dom and Letty are on their honeymoon and Brian and Mia have retired from the game—and the rest of the crew has been exonerated—the globetrotting team has found a semblance of a normal life.  But when a mysterious woman (Oscar® winner Charlize Theron) seduces Dom into the world of crime he can’t seem to escape and a betrayal of those closest to him, they will face trials that will test them as never before.


From the shores of Cuba and the streets of New York City to the icy plains off the arctic Barents Sea, our elite force will crisscross the globe to stop an anarchist from unleashing chaos on the world’s stage…and to bring home the man who made them a family.