Well, my weekend was all work and no play, but I did get to view a handful of shortfilms and a terrific independent feature film well on its way. Reviews will arrive in due time, while I’ve since gathered up what I could for this week’s installment of The Hit List, and I hope it suits your fancy.

As always, the first round of action goes to the stunt professionals, coordinators and players alike with actor, martial artist and choreographer Matt Mullins, whose prolific work on ABC series, Marvel’s Agents Of Shield makes for a nifty little demo reel full of action clips from the show to start things off properly. Josh Fried, Shawna West, Ishida Sachiko, Yue Qi, Kevin Tsai, Teague Quillen, Mounir Quazzani, Angie Adler, Andrew J. Neis, and performer and stunt coordinator Jodi Stecyk round out the playlist along with freerunning extraordinaire Cory DeMeyers who you’ll be hearing plenty from in the months to come in film, TV and gaming.

Before we get into anymore action, we have a new video from filmmaker, actor and martial artist Noah Fleder who has capitalized greatly with his own affinity for all things Star Wars following the launch of his YouTube channel, Force Storm Entertainment. Alas, with a slate of movies still on the way from Disney and Lucasfilm, Fleder is here to share his take on the recent blockbuster release of Star Wars: The Force Awakens for which its yet-to-be-tited eighth successor remains pending. Here he discusses a range of things from the casting of prolific Asian action stars to fight choreography, along with some kind words toward stuntman Liang Yang who iconically squared off with actor John Boyega mid-way through the film.
Take a look and listen below and feel free to offer your input in our comment section!

As for promotional content, the first is a brand new poster now circulating for what will likely be one of the most random, off-cuff action projects you’ll ever see. I speak of director Jeff Lunzaga’s Hetja 3, the latest in an action saga where all dialogue is improvised and nothing makes sense – such is the case for what hyper-reality filmmaking is, and if you’re up for something whimsical and unpredictable with some nice action sequences added for good measure, then you’ll be keen on enjoying Hetja 3 when it goes live. Check out the poster below with actress and martial artist Bridger Fox front and center, and click HERE and HERE to see the first two installments to catch up! 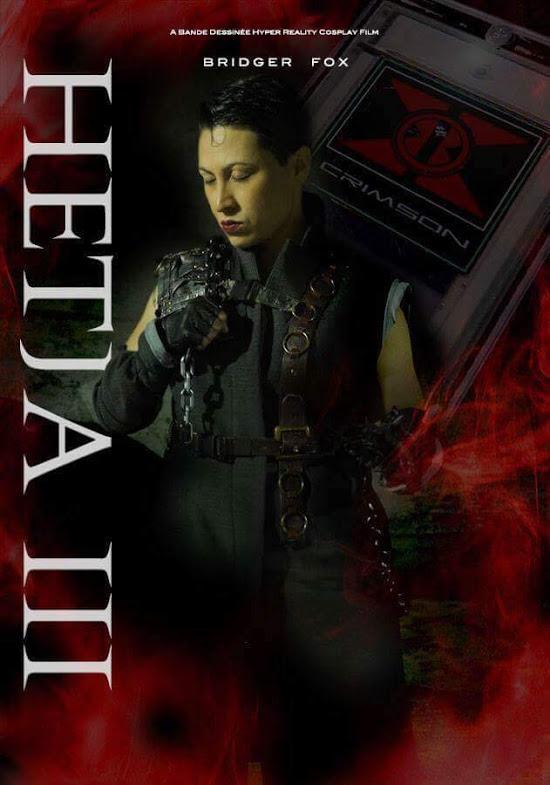 For the next update, you would be wise to pan over to actor, martial artist and filmmaker Joseph Le and the guys over at Turtle Wave who now have an inspired take on a webseries concept they would love to see through. For this, we get a nifty little teaser for Pokémon Kung Fu, a tale that sets itself in a version of the Pokémon universe where the use of these monsters have been banned, forcing their trainers to adapt to abilities that empower them to fight challengers on their own.

With their latest poster now making the rounds in addition to the teaser for the first episode going viral, the campaign is still asking for help to finish some much needed visual effects-heavy work, as well as pay their crew, which is something that independent film groups are seldom able to do. Feel free to learn more about their campaign at Indiegogo and how you can contribute to the cause of helping create an awesome martial arts-based Pokèmon series! 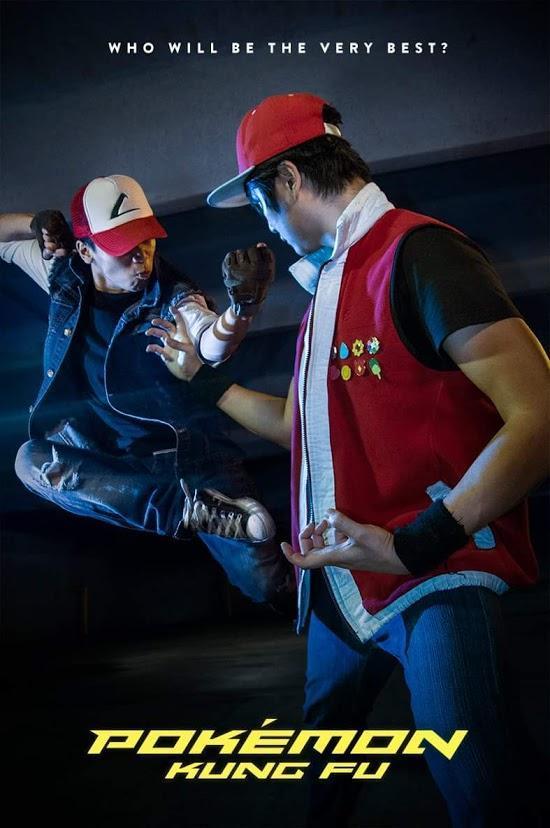 And now, it’s onto the action with a short playlist featuring two quick little action gems and the first is a test fight straight from champion tricker, martial artist and stuntman Matt Emig’s YouTube channel with Micah Karns front and center.

The second comes courtesy of stuntplayers Spencer Mulligan and Eric Van Arsdale by way of the sweet sounds of Jim Croce for the new action concept, Gasp. It’s a crazycool underwater fight concept performed by Mulligan and Ruben Maldonado, and just the kind of fight video I rarely see when I put Hit Lists together, which makes it all the more thrilling and refreshing. Enjoy!

And finally, we now have a playlist ripe with a trio of fantastic action pieces, including a lovely half hour throwback to finish things off just right.

First up is actress and stuntwoman Amy Sturdivant who is setting the course for a delightful career in filmmaking this month debuting her latest short, Redemption. Stuntman and choreographer Bryan Sloyer puts some of his best emotive and physical acting forward in this heartfelt action drama spiritual which centers on a man left to fight his demons alone until a guardian arrives to help save himself.

Also starring are action actors Jerry Quill and Jay Kwon, followed by the soulful sounds of recording artist Aaron Wright.
From there, we get a really great webseries pilot from stuntman-turned-filmmaker Scott Rhodes who made a name for himself in the last few years with his hit Super7even webseries and feature film. For this, we turn to actress and stuntwoman Olivia Dunkley who shined as Super7even‘s love interest, spy and former international criminal Sandra West in the previous webseries and is now the center of her own story in Rhodes’s new spin-off series, The Sandra West Diaries.
Much like Super7even, the show pays humble nods to classic spy TV show and movie tropes harkening back to the 50’s and 60’s, and isn’t afraid to poke fun at itself with as much cheese and slapstick as it wishes, which makes this series purely fun to watch. Sit back, relax, switch off the brain, and let the body count commence!

Last and far from least is a terrific 2013 shortfilm which, in my opinion, serves as a truly opportune preamble for anyone who reads Film Combat Syndicate. This one is called The End Of December which stars Nick Apostolides and Rachel Delante in the respective roles of December and The Widow, two former black ops soldiers who are forced to put aside their differences to help rescue a young boy.

I caught this at the time of its release and it has a few great twists and sets things up quite nicely for what Poirier has in store later this week. You’ll hear more about it soon enough, but in the meantime, feast your eyes on the action-packed soliders’ tale of intrigue, deception and forgiveness that is The End Of December.

Last week’s Hit List entries are still up and running, so check those out if you wish. In the meantime, don’t forget to subscribe to the channels, and if you or someone you know has a kick-ass stunt reel, test fight sequence, shortfilm or great project that needs funding, by all means, don’t hold back. Reach out to us via email at filmcombatsyndicate@gmail.com!

Joel Kinnaman Talks SUICIDE SQUAD 2 Zombie Thrillride, TRAIN TO BUSAN Is Up For A Remake