The JUSTICE LEAGUE Is Coming! 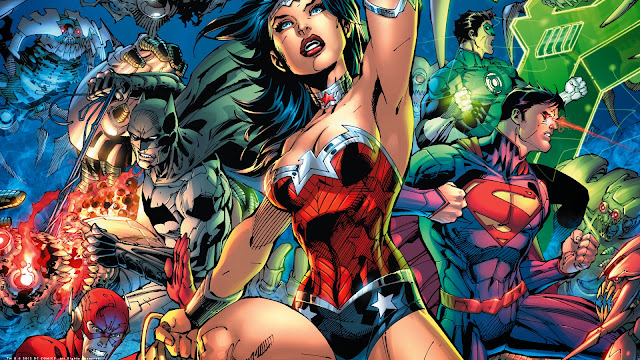 Well, it’s official. Director Zack Snyder is putting his best foot forward with DC and Warner Bros. for a Justice League film that will follow the long awaited release of the Man Of Steel 2/Batman vs. Superman movie which is still awaiting an official title. The news just broke late in the weekend following previous reports of the second film’s push back from its initial July 17, 2015 date so that Snyder and the other filmmaker could fully realize their vision.

Casting announcements are still in constant flux, with official updates still needed regarding just how actors Jason Momoa, Matt Damon or Dwanye “The Rock” Johnson will be involved in Warner Bros. growing DC film series. In addition, there is also the issue of what will happen with other characters like Green Lantern and Flash, the latter who is currently poised for a standalone television series on the CW later this year starring Gustin Grant.
Rest assured, Warner Bros. and DC are awake to what is happening now with Walt Disney Co. and Marvel cinematic universe, in accordance with its current ABC series, Agents Of S.H.I.E.L.D. and its forthcoming programs for Netflix. And with San Diego Comic-Con on the way, fans can expect some HUGE surprises to come. In the meantime, Snyder’s next film is already set to start principal photography this summer in Michigan where hundreds reportedly lined up for an extras’ casting call.
Batman vs. Superman will see the return of Henry Cavill after leading last year’s Man Of Steel, with actresses Amy Adams and Diane Lane, and actor Lawrence Fishburne expected to reprise their roles as Lois Lane, Martha Kent and Perry White, respectively. New on the roster is actor Ben Affleck in the role of Batman, with Gal Gadot attached to the first of a previously-reported three-film deal as Wonder Woman with a standalone movie still in development. Actors Jesse Eisenberg and Jeremy Irons will portray Lex Luthor and Alfred Pennyworth, respectively; Currently rounding out the cast are actresses Holly Hunter and Tao Okamoto, and actor Callan Mulvey, in addition to the recently announced role of Cyborg to be played by actor Ray Fisher.
Both films will be shot back to back, with Batman vs Superman heading into theaters on May 6, 2016 against Captain America 3. Justice League still has no official release date.
Stay tuned for more info!
H/T: WSJ

It's A Whole New Ball Game In The New Teaser For Noir Crime Thriller, FOR THE EMPEROR Help Put Oz On The Map For The New Martial Arts Thriller, MY BROTHER'S RAGE