The fast and precise kicks of Jackie Chan, Bruce Lee, Donnie Yen, and other great Hong Kong action stars are staples of the Hong Kong style of action choreography, but if we look before Bruce’s 1971 breakout hit The Big Boss, there were almost no kicks to be found in any action cinema.

Only Billy Jack, released in the same year in America, featured the same high-flying kicks courtesy of Korean Hapkido artist Bong Soo Han. The similarity between Billy Jack’s kicks and Bruce’s in The Big Boss is no mere coincidence: Bruce had picked up his cinematic kicking style by studying from Korean and Vietnam war vets who brought Korean kicks to the USA, Chuck Norris being a major player.

My Last Words On A Convicted Child Predator

“KICK STARTER” – An explorative insight into the lesser-known kickers of film and cinema.

In his backyard home videos, we see Bruce shooting spin kicks and stepping side kicks, experimenting with how to make these kicks cinematic. Bruce’s backyard filmmaking endeavors would become the foundation of The Big Boss‘s new cinematic language of kicking, despite the traditionalist Hang Ying Chieh’s role as choreographer.

The clash of the two would erupt as the incredible finale – a fight of ideas. Bruce completely stole the show from Ying Chieh’s low-altitude Chinese kicking, and Hong Kong action filmmakers couldn’t ignore the marketability of this new cinematic kicking style. There was then an immediate pivot in the cinematic action language of Hong Kong.

To capitalize off the new trend, choreographers like Sammo Hung put their brothers into Hapkido schools, like that of Kim Jin Pan, which were opening in Hong Kong to take advantage of the new trend. The schools drilled this new style of kicking into stuntmen who immediately began throwing newly-learned spin kicks in choreography, testing these new moves out for the camera. Bruce’s introduction of foreign kickers from Korea and America in his future films like Game of Death and Enter the Dragon put huge pressure on these budding Hong Kong stuntmen.

Following Bruce’s death, Sammo Hung continued the trend by choreographing kickers like Wang In Sik and Jhoon Rhee. Soon after, the innovative producer Ng See Yuen co-produced The Secret Rivals in Korea in 1975, pitting a couple of young kicking champs named John Liu and Wang Tao against the granddaddy of kicking, a Korean War vet named Hwang Jang Lee, who subsequently perfected the art of cinematic kicking. Korean kickers like Wang In Sik, Cassanova Wong, and Kwan Young Moon would continue pushing the boundaries of cinematic kicking in Hong Kong throughout the 70s and 80s, prompting many stuntmen to up their game to the level we see today.

While Japan’s kicking language came from the hard work of the Japan Action Club and Yasuaki Kurata, and Thailand has Panna Rittikrai to thank for its contribution to the market, the cinematic kicks we see today in America, Europe, and China are primarily Korean in origin. This is all thanks to the collaborative spirit of Hong Kong action filmmaking epitomized by Bruce Lee, Ng See Yuen, Sammo Hung, and Jackie Chan, and it’s this collaborative model we all adopted as independent filmmakers. 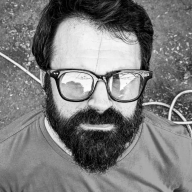