The New Trailer For KICK Is 'Too Much Fun'! 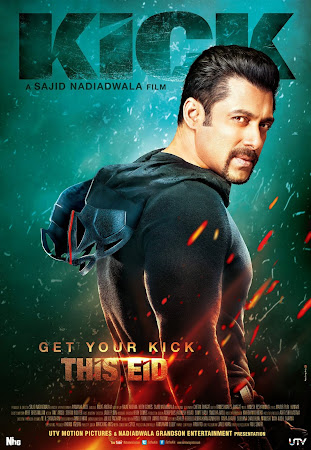 Quality is a keyword nowadays with Bollywood action seemingly upping the ante with their films in tremendously epic fashion, with big scale fights, stunts explosions and the usual musical numbers to boot. Such is the case with director Sajid Nadiadwala off the heels of debuting actor Tiger Shroff in last month’s release of romantic action thriller, Heropanti, and now promoting his newest offering, Kick, a remake of the 2009 romantic action thriller of the same name centered on a cat mouse game between a cop and a thrill-seeking professional thief.

The new trailer dropped over the weekend ahead of its native holiday release next month on July 25, and stars actor Salman Khan and actress Jacqueline Fernandez.