Tortured Heroines Put Their Training To The Test In The Latest Trailer For INNOCENT LILLIES: THE END AND THE BEGINNING 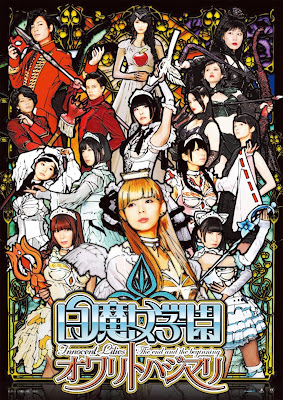 Wonders never cease with Toku action auteur, Sakamoto Koichi as he’s definitely found a niche with an ever-growing body of work host to sexy actresses in some of the most powerful roles to date. That said, he’s already gotten some attention this year with actress Shaku Yumiko’s return to the genre with Kiri: Professional Assassin, and Japan audiences will soon have another by this June with the forthcoming sequel release, Innocent Lillies: The End Of The Beginning.

The cast is headlined once more by the members of Japanese geek-idol group, DEMPAGUMI, Inc. with a story based on Yoshida Reiko’s script that follows up Sakamoto’s 2013 fantasy Toei/TV Asashi adventure centered on an entire academy where broken-hearted girls go to harness their intense suffering through a series of tasks in order to become fully-endowed in their powers of witchcraft. The sequel, which arrives on June 13, will pit our heroic White witches against Black witches in the ultimate battle to save the world.
Not much else to say after that really. Battle for the world eh? May the good guys girls win!
The latest trailer came out in March but you can otherwise catch it here as well.