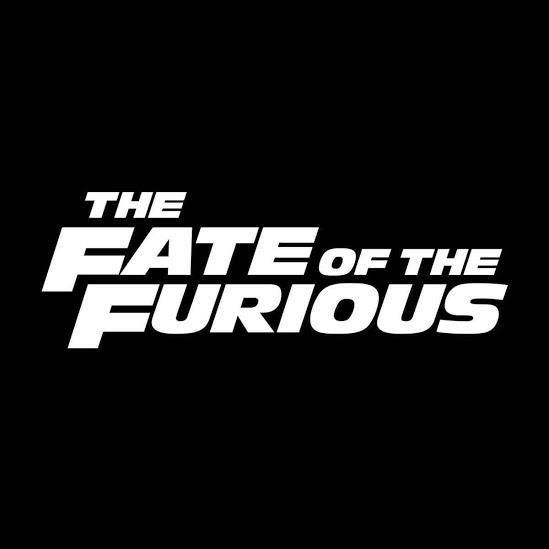 Plotting the continuing course that lies ahead of the “open road” for The Fast And The Furious franchise hasn’t been an easy feat to achieve in the last few years. Thankfully we’ve seen Universal Pictures deliver on this tenfold in 2015 having endured the trauma of real life tragedy a few years earlier and the production challenges that ensued thereafter for its seventh installation, Furious Seven.
And so it begins once again – the journey to explore what remains of a story to tell centered on our group of gearheads, racers, hackers and special ops agents as they continue to take on the residual swarm of villains stemming from Furious 6 joining the likes of Vin Diesel, Dwayne Johnson, Tyrese Gibson, Chris “Ludacris” Bridges, Michelle Rodriguez and Elsa Pataky once again with Jason Statham, Nathalie Emmanuel and Kurt Russell along with Scott Eastwood and actresses Charlize Theron and Dame Helen Mirren. Universal Pictures is officially announcing the title of the film as The Fate Of The Furious, and the plot goes a little something like this, via Deadline:

Now that Dom and Letty are on their honeymoon and Brian and Mia have retired from the game — and the rest of the crew has been exonerated — the globetrotting team has found a semblance of a normal life. But when a mysterious woman (Theron) seduces Dom into the world of crime he can’t seem to escape and a betrayal of those closest to him, they will face trials that will test them as never before.

The Fate Of The Furious is directed by The Italian Job and Straight Outta Compton helmer F. Gary Gray and is slated for theatrical release on April 14, 2017 with two more titles to round out the Fast saga in whole by April 2, 2021. The studio has also posted a quick first look via social media which you can view below following this Sunday’s live trailer event at 4:40pm PST, 7:40pm EST.

WAR FOR THE PLANET OF THE APES: Matt Reeves’s Continuing Allegory On Mankind’s Destructive Devolution Wages On In The First Official Trailer UNCOMPROMISED Sees Jose Manuel Taking On The Mafia In The First Offical Trailer For Upcoming MA Action Pilot