Vin Diesel Confirmed As BLOODSHOT Ahead Of Summer Production 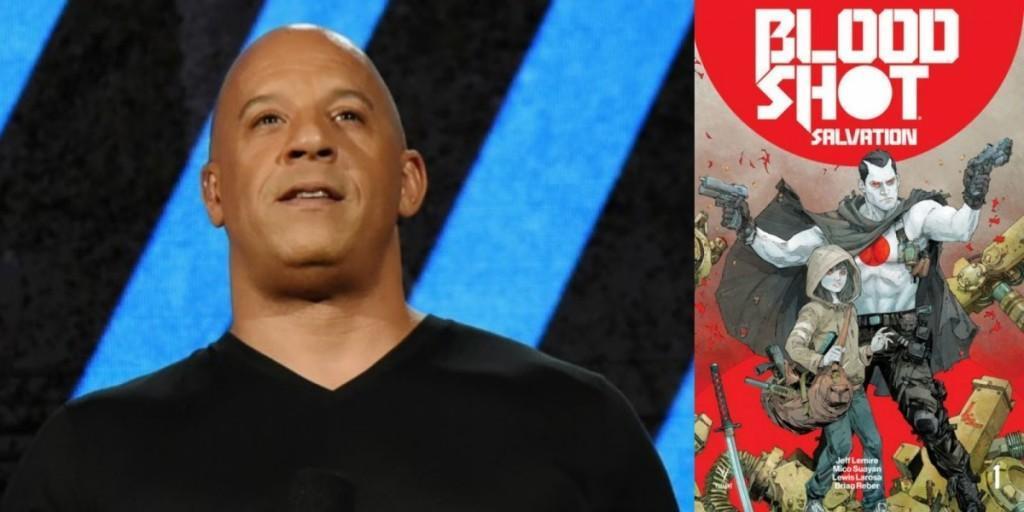 Actor Vin Diesel is still brewing a return to the Fast lane for Universal with at least two films to go. Apart from this, it was back in January that word arose of his name circling the title role of debut helmer Dave Wilson’s Valiant adaptation, Bloodshot, adjoining the actor with another prolific comic book IP since attaining Marvel’s “Groot” in Marvel’s Guardians Of The Galaxy.
It was this week, however, that Deadline’s report cites an official deal in writing for Sony Pictures production hailing as one of a raft of films encompassing a cinematic universe based on the Valiant comic book series. Wilson, a long time collaborator with Deadpool creator Tim Miller, is helming from a script Oscar-nominated Arrival scribe Eric Heisserer which Mike Fleming Jr. and Patrick Hipes at Deadline are saying will deliver in similar tone to that of classic R-Rated 1980s tentpoles like Robocop, Terminator and Total Recall.
Sony is moving forward with principal photography starting in July with Fast saga producer Neal H. Moritz producing with Toby Jaffe and Dinesh Shamdasani. Matthew Vaughn and Dan Mintz are executive producing with Andrea Giannetti overseeing for Sony.
per Deadline with a word on the origins of the character:

Bloodshot is a central character in the Valiant Expanded Universe, composed of thousands of characters embodying various genres, tones and demographic groups — ordinary people in extraordinary situations rather than gods and demi-gods.

The Bloodshot series, comprised of more 110 issues with more than 7.5 million copies sold, centers on Ray Garrison, aka Bloodshot. Brought back from the dead by Rising Spirit Technologies through the use of nanotechnology and suffering total memory loss, Ray struggles to reconnect with who he was while learning what sort of weapon he has become, with the help of a group of other augmented combatants (called Chainsaw).

Diesel is repped by CAA and Brillstein Entertainment Partners with Wilson by ICM Partners and 3 Arts, and Heiserer by WME.