The journey taken into live-action for Ben Dunn’s graphic novel, Warrior Nun, was a long and winding one. Where its film prospects once saw changing hands over to different creatives has since landed a first season for Netflix’s latest series, about a wayward woman who finds herself with a new lease on life after waking up in a morgue.

Ava (Alba Baptiste), once a quadriplegic after suffering a car accident that killed her mother, is suddenly able to walk, albeit in the midst of an epic battle between forces unbeknownst to her. She’s gifted with the ability to see wraith demons, nearly invulnerable to pain and can heal fast, and is also able to phase through walls. What she doesn’t know is why, nor that what’s imbued her with these gifts is presumably an angel’s Halo, embedded hurriedly in her back while she was dead.

Along the way, she meets a quartet of opportunistic squatters who hack the rich and living for weeks at a time within Spain’s oceanside beach homes. As she gets accustomed to her new, albeit uneasy friendships, she begins to discover many firsts in life that she’s never experienced, including possibly falling in love with the group’s member, J.C. (Emilio Sakraya), though the point of no return is yet to come when Ava’s picaresque happy ending with J.C. gets upended with the emergence of a Tarask – an afterworld demon pursuant of the halo in her back, and the timely arrival of members of the Order Of The Cruciform Sword (OCS) to save her from death.

Soon confined in the Catholic Church’s grounds for her protection, finding friends within the OCS proves slim-pickens for Ava, as the nuns come to grips with the idea of a sinner bearing the Halo. Father Vincent (Tristán Ulloa) and despite the circumstances, her beleaguring journey of self-discovery leads her to stark revelations about the Halo and its storied history with respect to the Church, as well as her health and identity, in addition to its connection with the research being done at Arq Tech, a scientific institute run by explorer and archeologist Dr. Jillian Salvis (Thekla Reuten).

What’s lesser known is the terse, underlying rift caused by Salvis’ work, between herself and Duretti (Joaquim de Almeida), an ambitious Cardinal whose own secretive pursuits within the church are yet to be revealed, as he endeavors to court members of the OCS to do his bidding. Despite this, between the underhanding politics of the church and coming to grips with the burdens of being a Halo-bearer, it’ll be up to Ava to see past her own recalcitrance and find the courage and completion she needs to see past her deepest fears, and trust her newfound sisterhood and supernatural abilities in order to prevent a Hellish conspiracy pre-empted by the death of the Order’s most recent Warrior Nun, Ava’s predecessor at the top of the show.

It’s okay to get tired of ‘chosen one’ tropes for properties like creator and showrunner Simon Barry’s Warrior Nun, as often testing as it is to see its execution in hopes of a good story. At the same time, it would be fatuous to complain too much about this sort of thing as some fans and critics tend to do, and so with Warrior Nun, you get what you pay for: a supernatural tale featuring a character whose own character development serves as the catalyst to that of other characters, and the relationships that soon arise in lieu of the climatic spectacle.

Baptiste’s portrayal of Ava, carried periodically with minor narrations, is sardonic, oftentimes capricious and self-conscious of her every move, and even vulnerable, save for her own sheepish attempts to hide it. Her own infractions notwithstanding on matters of the Halo and questions of things like ‘destiny’ and ‘purpose’ on top of ‘faith’ and ‘identity’, at her core, is still bound by a moral compass that grows ever amplified by her abilities, in addition to revelations she experiences, acquainting herself with her sisterhood, namely Mary (Toya Turner), a maverick, shotgun-wielding surrogate member of the OCS who normally operates by her own rules.

As far as comic adaptations go, Warrior Nun could do worse. A ten-episode stretch often takes a great deal of patience to hang on to as each episode unravels the respective character arcs and proceeds to the next big, climatic reveal. For this, a series like Netflix’s Warrior Nun is only as good, in part, as its writing, giving viewers an effectual and worthwhile heroine worthy of sympathy, and whose archnemeses are neither singluar nor obvious.

Ava’s romamtic arc with J.C. is a slow progression from the passenger’s seat, ultimately thrown right into the trunk as soon as it’s time to kill some demons and make way for the show’s pivotal action, although the screenfighting isn’t really the centerpiece-kind of action you would expect as it only arrives in just several episodes. Actresses Turner, along with Kristina Tonteri-Young and Lorena Andrea take the mantle on the show’s fight scenery in the roles of Mary, and sisters Beatrice and Lilith. The action can be touch-and-go at times but it’s well executed and filmed in accordance with the choreography and correlating stunt performers. 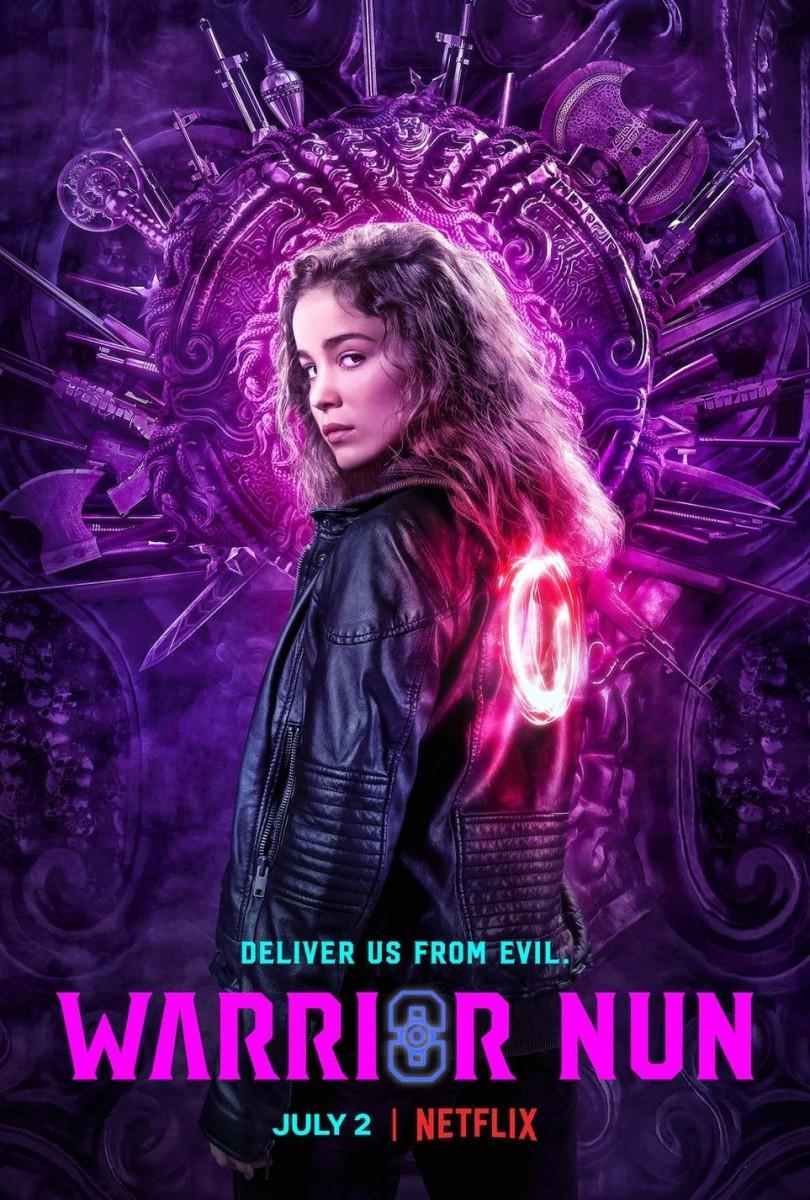 The show’s narrative portrayal of the Church is the underlying foundation of the show’s plot development leading up to the big climax. The end guaranteeably feels just as unnerving as you would expect from any cliffhanger, and ultimately unsatisfies as it leaves off with one beloved character getting swarmed by demon wraiths. This leaves to question whether or not viewers will get to see how the story continues in a hopeful second season, and it is definitely as frustrating as it sounds given that with Netflix, nothing is ever certain, and this could ultimately end up as just a one-season show if it doesn’t get any viewers. To say the least, Wu Assassins handled its season finale slightly better than this.

This may seem apprehensive to assert, but as good as Warrior Nun is in many of its parts, it will only entertain you as far you let it. It’s got great characters and an exciting story at times, and explores a multitude of dimensions for our lead characters and the concept, but its construction leaves a lot to be desired by the end of the final episode, and so it would be wise not to get too wrapped into the story. It’s worth a look, but the emotional investment may prove far less heavenly.

COMMANDO NINJA Review: Bringing back all the joys that made us love cinema Brad Pitt Boards David Leitch’s BULLET TRAIN For Sony