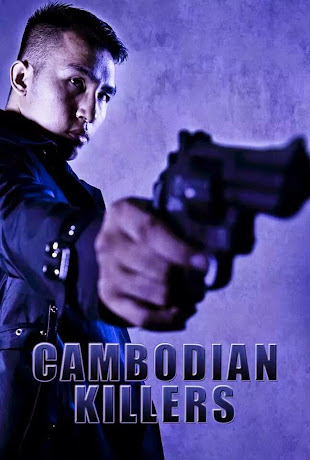 Actor and stuntman D.Y. Sao has offically launched his latest dabble in independent filmmaking with the first episode of the new webseries, Cambodian Killers. While nothing short of an experiment in film for Sao, what we get from the footage nontheless graces us with a flurry of high-impact fight choreography with a promising cast to boot. Of course though, every good martial arts film project needs a good story, and so based on Sao‘s own concept, the official series synopsis is available below, written by yours truly!

Cambodian Killers presents a riveting, action-packed miniseries with a tale of crime, danger, the bonds we make, and the family we keep in the name of honor.

It has been ten years since the seven-member champion high school kickboxing team, the Cambodian Killers, reigned supreme in Long Beach. A team held together under the tutelage of their master, Kru Tong, the team’s training and skillset came with a code of honor, and a promise to use their martial arts to defend the innocent. It was a code they lived by until their master’s untimely passing, which led to the team’s fallout, and its members with futures uncertain.

Ten years later, former team member Joker (D.Y. Sao) is living a new life in Cypress, and away from a of crime he once pursued after high school. He still trains and keeps in shape, and has never forgotten the code he once lived by. Soon enough, he finds himself enforcing that code when a chance encounter with two armed robbers at a convenience store forces him to do what he does best. Little does he know that the two would-be robbers happen to work for wealthy criminal kingpin, Aiko, and his dominant crime family in Long Beach.

Aiko learns of Joker’s actions and sets out to recruit him. Unfortunately, refusal comes with a price, and it is not before long when Joker learns that saying no could mean waging a one-man war against Long Beach’s most powerful crimeboss, and the six skilled fighters now working for him – the remaining members of Joker’s kickboxing team!

Sao stars and produces for Rock Man Stunts in association with Blue Kanji Films, with performances by actors Du Au and EMC Monkeys’ own Tony Sre, in addition to actors Jimmy Chhiu and Sam Puefua among a growing cast pending future episodes. The first episode is viewable just below!

Wu Jing's WOLF WARRIORS Howl At AFM 2014 Next Month! Randy Orton Will Star In THE CONDEMNED 2!