Post by Street Fighter: Assassin’s Fist.
If you have seen the 2010 shortfilm, Street Fighter: Legacy by now, you are already familiarized with an idea of how Ansah is approaching the iconic character here in these images, as well as others featuring actor Gaku Space, who plays Akuma’s pre-transformational human character, Goki. But more importantly, for a theatrical feature length treatment, Ansah is promising something way more epic in nature than previously seen. And with the reports already in from those who have had an exclusive look, Street Fighter: Assassin’s Fist is looking more and more ambitious each and everyday there is another photo.
Something is brewing folks! Be excited and stay tuned for more updates in 2014.
Co-written for bilingual Japanese and English-speaking audiences, Street Fighter: Assassin’s Fist is expected to be a cinematic absorpiton into the original source material that will tell the origin story of characters Ryu and Ken, as they are forced to confront the dark legacy of the titular deadly martial art style passed unto them by their master, Goken, who trained under his master, Gotetsu. The film is based on Capcom’s classic tournament fighting video game franchise and is directed, choreographed, co-written and created by Ansah, who stars with Space along with co-creator and writter Christian Howard, and actors Mike Moh, Akira Koieyama, Shogen Itokazu, Togo Igawa, Hal Yamanouchi, Mark Killeen, and actress Hyunri Lee.
A production of Assassin’s Fist Unlimited, Lonely Rock Productions, Gloucester Place Films, Evropa Film and Capcom USA, Street Fighter Assassin’s Fist has already been showcased at this year’s American Film Market, with Content Media having sold online distribution rights to multiple territories worldwide, with further release news expected between now and early 2014.
Check out some additional photos toward the bottom of the page featuring Itokazu in the role of young Goken, and an unnamed actor featuring a “mysterious character” named “Goma”, and stick around for more news ahead. Happy Holidays! 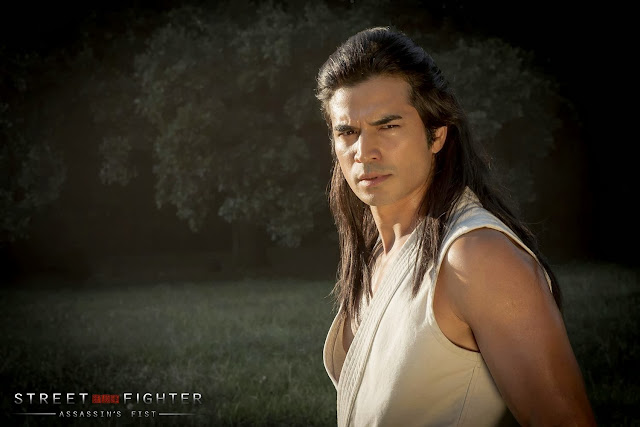 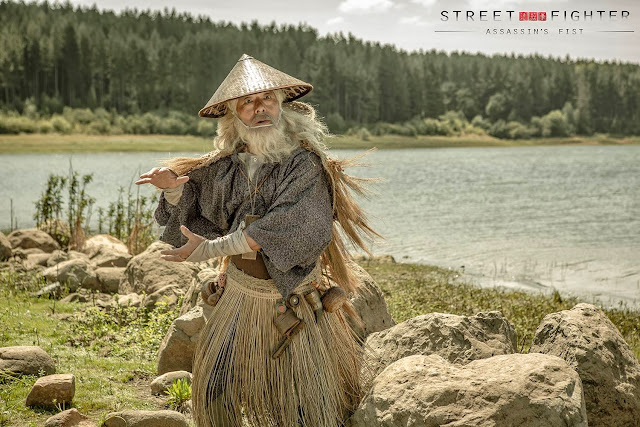