BREAKARATE Brings On The Beats, The Boogaloo And Beat ‘Em Up Action In The Official Trailer

Events at SeriesFest this week have left rousing curiosity over the fate of upcoming martial arts comedy series, Breakarate. One of its few handy signs of life outside of its exclusive showing is an Instagram account teasing the show’s cast marinated in color, energy and over-the-top allure fitting for its 80s-toned setting. 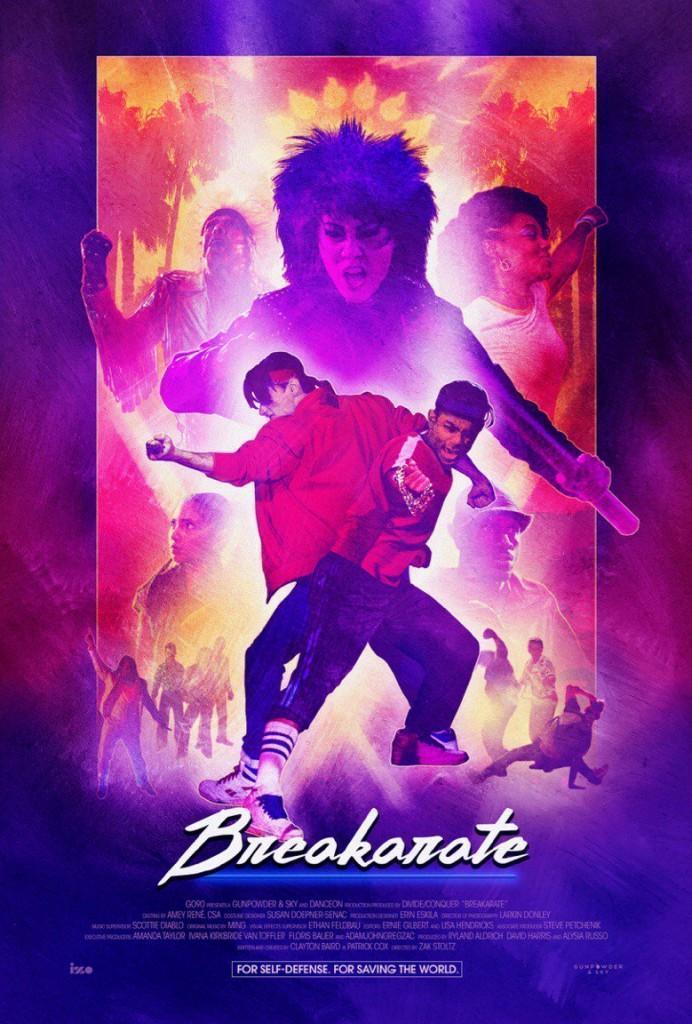 An official trailer is now out as well, signaling even more of the show’s eccentric, energizing, colorful and over-the-top nostalgia reminiscent of the bygone days of MGM and Cannon. The talent on hand includes director Zak Stoltz who created the new series along with scribes Clayton Baird and Patrick Cox, and a cast more than fitting for the tasks of hybridizing martial arts and breakin’ spectacle: Trevor Logan, Brian Siregar, Miah Blake, T.J. Storm, Gichi Gamba, Nikki Tuazon and Lily Rose Silver.

Adopted brothers Blake and Lance Thompson have been training in the ancient art of Breakarate since long before they discovered their destiny to save the world. When they stumble across the hidden Chain of Beats in the basement of The Rec, they find themselves in the middle of a war. If the Medallion of Dopeness is joined with the Chain of Beats, it will unleash a power capable of destroying the world. Blake and Lance must work together to defeat a legion of Evil Butthead dance clans led by the villainous Neon Ninja and her Punkung-Fu army to keep the Chain of Beats safe… all the while looking fly as heck while doing it.

Producing are Ryland Aldrich and David Harris with Zac Locke and Adam Hendricks executive producing. Here’s to hoping this series gets some more platform profusion in due time.

Afterworld Saga ALONG WITH THE GODS Is In Line For Two New Sequels, Plus Spin-Offs And Prequels MANDY Trailer: Nicolas Cage Wields Axes And Chainsaws Against Pure Evil!