SOUTHPAW, written by Kurt Sutter of the successful, long-running show Sons of Anarchy, came out in July of 2015. Ryan Coogler’s CREED, co-written with Aaron Covington, released four months later of the same year. Before seeing either of them, I expected to enjoy Creed but like Southpaw better, aesthetically. I have always been a huge fan of the Rocky series, but I was more recently a fan of Sons, so there, admittedly, was bias filled in my assumption that went beyond my reaction to their inaugural trailers. I was wrong, it turned out. Southpaw, though I loved it and still do, was, well, written by a television writer and felt like it. This is not to say it was bad by any measure, but the emotional beats bordered a bit much on the grandiose. And while this is great for a show with the breathing room of a serial, as a device it was constricted by the tight conventions of cinema and in the movie registered as ..depressing.

Three years later, and with Stephen Caple Jr. replacing Coogler in the director’s chair, CREED II hit theaters to middling reviews and an otherwise lukewarm reception. This is a shame, by my estimations. Because this film sprints past both the aforementioned. It’s not just one of the best films of the Rocky series, it’s one of the best boxing films -period.

Because of the conventions of the sport, boxing lends itself naturally to the inspirational sub-genre of sports pictures. Denzel Washington made you melt into your seat with his criminally overlooked performance as Rubin Carter in 1999’s The Hurricane, Will Smith stung you like a bee in his turn as the G.O.A.T. in Michael Mann’s Ali (2001), Cinderella Man in ’05, The Fighter (2010), even Miles Teller pulled off endearing in ’16 on Bleed For This, despite being pretty much insufferable elsewhere both on and off the screen. Creed II is actor Michael B. Jordan’s chance to submit his contribution to the annals of inspirational stories, and it’s a welcome departure from, as he recently lamented in interview, playing characters beholden to the punitive plot.

The film opens in Ukraine, everything tinctured in a waxen blue, soft music playing as we’re shown pictures capturing the past. Not Rocky’s or Adonis Creed’s (Jordan), but Ivan Drago’s (Dolph Lundgren), who killed Rocky’s best friend and Adonis’ father, Apollo Creed (Carl Weathers), in the ring many years ago. It’s an owlish moment, you get the sense that the years have humbled and perhaps broken him, spiritually anyway, as we see in the framed photographs a shrine to his epic loss to Rocky in the ring. We see then a picture of the baby he had with his former wife Ludmilla (Brigette Nielsen), and then we see, in flesh, the baby grown up, son Viktor (Florian ‘Big Nasty’ Munteaunu), being awakened by his father. It matters, in this moment, that, while Viktor is having breakfast, Ivan steps outside for air. You get the sense that all this is methodical. Silence characterizes them, and when Ivan steps out he goes to look out at the city beyond what appears to be a fence (but is photographed like a cage). There are dogs barking in the distance. Remember that for later..

Next, we’re in the locker room. Viktor is getting taped up by his father/trainer for a fight. Still, not a word between them. It’s easy to regard all this as spiritual, and maybe, in a sense, it is, but the greater implication is distance; a cold, austere focus and submission shared by father and son to nothing more than winning above all. Even when Viktor is in the ring, no yelling from the corner from Ivan. Life, for them, is a blitzkrieg -in its entirety.

This scene is contrasted against a title match for Creed in America. It’s shot brighter and with more vibrant color, more sound, more affection and excitement; more life. Rocky delivers a pep-talk, off-screen at first in a disembodied voice-idyllic. Creed’s girlfriend, Bianca (Tessa Thompson), is there for support. She has to adjust her hearing aid for the loud auditorium at a point, and she roots him on, Rocky (Sylvester Stallone) in his corner, as he fights for the heavyweight championship of the world.

I don’t remember Bianca being deaf in the first film, but being deaf myself, there is a deep seated appreciation for it from me. Not enough can be said about the value in representation. And in this film, there is plenty of heartfelt coverage on the topic, which is unusual for a mainstream release.

Fight promoter Buddy Marcelle (Russell Hornsby) sees both men fight, dreams up a legendary Creed vs. Drago match and then approaches them both. Thus sets up the movie.

If this were all it was about, it would play to the assumption that this sophomore outing (assumed by the trailer) was nothing more than a bare bones cash grab banking on name recognition and an uninspired template checklist of Rocky IV. But it’s much more than that.

This movie is about fathers and sons. It’s about the women to which they turn for uplift as the world oppresses them. About the pulled hamstring of generational gaps, and all the pain (and echoes) of reconciling the spaces between. It’s about redemption and honoring history, heritage, and family legacies. It’s about the discovery of self and the loss of the same. The battle of living, is what Creed II is about. Each our time in the ring, no one can judge the struggle; the opponents we face, those parabolic obstacles, they may seem smaller or bigger than us to anyone watching, but only we can know the truth in how little these differences matter when we’re catching the punches alone.

Arguably one of the most shining endorsements that can be bestowed it, Creed II is better than any available pre-workout cocktail on the market. It challenges your endurance to sprint top speed across the emotional spectrum, threatening to drag you there if you fail in the attempt. “When I tell you to run faster,” Ivan says to his son while training him, “..run faster.” This is the film’s admonition to its audience, never for a second allowing us to miss the value of its exclamation.

There is a point where the subject of self-pity is examined, the flotsam and jetsam of its encouragement through others in the vicarious; it’s made clear the overall thesis is a rejection of this, arguing against the culture of participation trophies and accolades handed out for failure. It’s a beautifully poignant shorthand at social commentary on the weakening of the human spirit through a vice of dishonesty mistaken for compassion. If there’s poetry in boxing, in living, it’s the poetry of harsh truth.

“When a fighter ain’t got nothing to lose, he’s dangerous,” Rocky says to Adonis at one point. This is during a lecture, and he’s referring to Viktor. But the words resonate. If the measure of a sports picture is how accessible it is to audiences with no background in the sport it covers, then Creed II wins as a modern apologue.

I could write another six paragraphs or so on the fight choreography alone, but I’ll keep it short and say this instead; this movie drained me both emotionally and physically. Though Adonis Creed is its subject, the narrative doesn’t play Viktor as a token antagonist. This is a testament to the writing, as you’re made to feel a fervency from both corners, tottering back and forth like a sea-saw or, rather, the complexity of two opposing forces battling for preeminence in the same claustrophobic trench. I felt the blows, each one of them. The fights were as close as can be to experiencing the same in an oculus. Kudos to Kramer Morgenthau’s epic capturing, Danny Hernandez for stunt and fight coordination, and of course Don Thai Theerathada and Daniel Bernhardt for the choreography.

But no review of this movie is complete without mention of the music that buttresses it. I’ve always adored the soundtrack for Rocky IV, still train to some of the music to this day. Eye of the Tiger, Burning Heart, Heart’s on Fire, No Easy Way Out, these remain timeless masterworks. But they’ve finally found their match. Ludwig Goransson gets top billing for music, Fam Udeorji and Jen Malone are noted for supervision. What they’ve managed is a new catalogue of instant classics to be played along with these others mentioned. Even thinking now of the music, I can barely resist getting up from my chair and strapping on some gloves. In fact… 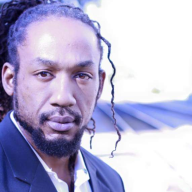