I SPIT ON YOUR GRAVE 3 Lands A Home Release Trailer 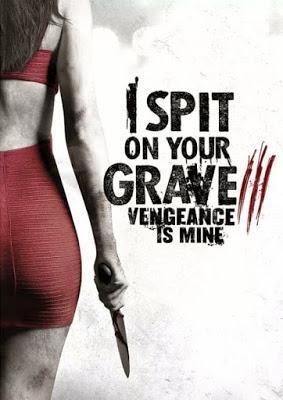 Anchor Bay Entertainment is back once more with a third installment of the latest reboot of the 1978 cult revenge horror flick, I Spit On Your Grave. Horror movies aren’t really my speed unless they have some sort of fighting and fierceness element to go with them, and actress Sarah Butler looks pretty tough here.
Moreover I haven’t seen any of these so I’m bound to catch up at some point. At any rate, a trailer is now online following the press release published a few weeks ago. Take a look at the specs and keep your eyes peeled.

BEVERLY HILLS, CA – Anchor Bay Entertainment is proud to announce the release of the revenge horror film, I SPIT ON YOUR GRAVE 3. Directed by R.D. Braunstein, the third installment of the controversial cult series will be released in select theaters and EST October 9, 2015 before heading to DVD, Blu-ray™ and Video On Demand October 20, 2015.

Jennifer Hills (Sarah Butler) is still tormented by the brutal sexual assault she endured years ago (I SPIT ON YOUR GRAVE 2010). She’s changed identities and cities, reluctantly joining a support group where she begins to piece together a new life. But when her new friend’s murderer goes free and the tales of serial rapists haunt her, Jennifer will hunt down the men responsible and do what the system won’t – make them pay for their crimes in the most horrific ways imaginable. Only this time, no jury may be able to save her. Jennifer Landon (“The Young and the Restless”), Doug McKeon (ON GOLDEN POND) and Gabriel Hogan (“Heartland”) co- star in this unforgiving, unmerciful and uncut new chapter of one of the most notorious franchises in movie history.

Anchor Bay Entertainment released I Spit on Your Grave in 2010 and I Spit On Your Grave 2 in 2013 to critical acclaim. Based on Meir Zarchi’s 1978 version, the franchise has gained the respect of both mainstream and genre critics. This latest installment is a continuation of the 2010 film’s storyline.