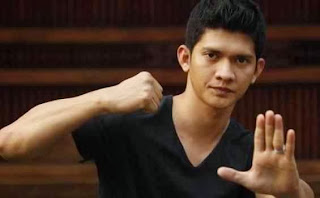 Hours after Killers co-writer and director Timo Tjahjanto delivered the brand new sales poster for his next directorial effort, The Night Comes For Us, Twitchfilm founder and writer, and XYZ Films executive producing partner, Todd Brown brought exclusive updates for the film, regarding credits and a new synopsis.

The film made plenty of headlines within the last few years as the script was being developed with PT Merantau’s own, The Raid and The Raid 2: Berandal helmer Gareth Huw Evans reported to direct. Further reports indicated he would be serving as action director and producer. Sunday’s report from Brown, whose company is producing The Night Comes For Us with PT Merantau, confirms that international action star Iko Uwais will be directing the action sequences tailor made for lead actor Joe Taslim to showcase a hybrid blend of MMA, Silat, and Judo, the latter of which Taslim shares the accolades of his martial arts lineage from his time on the Indonesia Judo national team from 1997 to 2009.
Here’s the new synopsis: 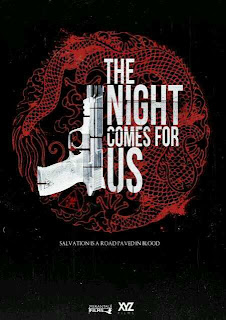 Joe Taslim will star as Ito, a Gangland Enforcer who returns to his local crime family in Jakarta after a stint with the notorious South East Asian Triad. He returns to find himself trapped in a word of betrayal and chaos as the Triad is moving towards a bloody campaign of territorial expansion.

Taslim will be starring alongside actor and Yayan Ruhian, fresh from both The Raid and its upcoming sequel from Evans. More information will arrive as production moves forward.
Stick around for the new teaser for Evans’ forthcoming teaser for The Raid 2: Berandal on November 7. Uwais can also be seen in Keanu Reeves’ newest release, Man Of Tai Chi, now playing in U.S. theaters.