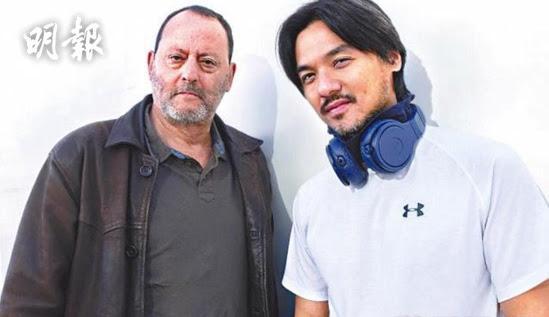 I admit, it took me a few months to get a grip on the fact that The Adventurers and the upcoming reboot of John Woo classic Once A Thief were the same damn movie being directed by Stephen Fung. That said, I can finally sharpen my focus a bit and follow up on the news as it comes, and now with word that filming is currently underway in Prague following the most recent marriage of Fung and the film’s leading lady, actress Shu Qi.

The film was announced earlier this year at HKFilmart under joint venture Flagship Entertainment with Fung to direct, and also lists actors Andy Lau and Tony Yang, and actress Zhang Jingchu. Rounding out the cast this week according to reports from Chinese outlet Mingpao, is actor Jean Reno, who stars as an inspector in the relentless cat-and-mouse pursuit of Lau’s role, a master thief joined by his crack heist team as they trek through Europe in search of treasure.
Lau joins actors Huang Xiaoming and Wong Cho-lam this October for Flagship’s upcoming prospect, Wong Jing’s Mission Milano ahead of the actor’s December appearance in the ensemble epic, The Great Wall, and Herman Yau’s 2017 actioner, Shockwave. Fung’s The Adventurers is currently slated to release next summer.

THE CROW Officially Casts Jason Momoa To Film In January Selene Returns To Battle In The First Legacy Trailer For UNDERWORLD: BLOOD WARS