Rishi Dares To Conquer In The New Teaser Trailer For RANVIIR: THE MARSHAL 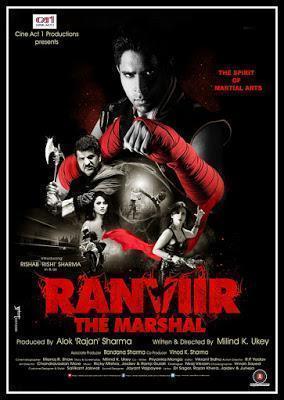 At least one common feat shared in Indian cinema is the prominence of martial arts, and adding to the list now is director Milind Unkey with his newest tournament drama, Ranviir: The Marshal. Unkey and co-scribe Priynaka Monga set the stage with action director Rampyare Yadav and lead actor Rishab ‘Rishi’ Sharma making his Bollywood debut in this, the story of a young boy who defies his mother’s wishes to compete in the ultimate martial arts tournament.
The latest teaser trailer has already been in circulation for a while now following the film’s completion last year, and you can view it below if you wish. It looks fantastic and presents a neat little scope into a vision for action cinema that looks worthy of a sizeable audience, both drama and action-wise.
Ranviir: The Marshal opens locally later this month, but if it gets a chance to release stateside, I’ll give it a mention here. Stay tuned for more info.