The New Trailer For HEROPANTI Brings Action, Romance, And The Mechanics Of Kicking People In The Face 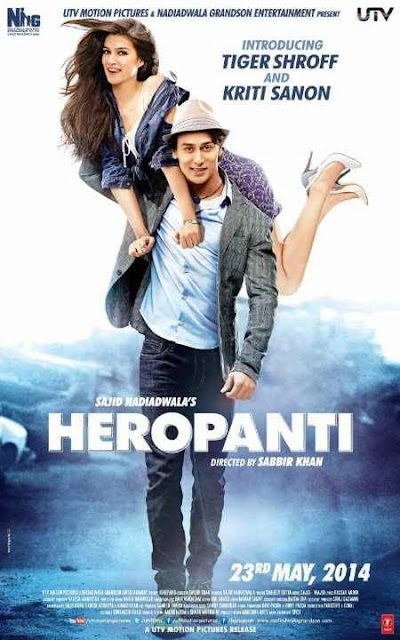 The martial arts cinema genre is still fair game anywhere around the world, including the inner-circles of Bollywood cinema, an industry that is said to produce out up to a good thousand films per year. And in 2014, actor Jai Hemanta Shroff who goes by the official screen persona, Tiger Shroff is ready to jump onboard the action scene in his upcoming theatrical debut, Heropanti.

A bastian of fitness, avid Bruce Lee fan and son of veteran actor Bollywood actor Jackie Shroff, Tiger has driven some pretty huge buzz in the past few years as the next big thing despite being a fresh face. And as of late, Tiger‘s made himself pretty busy promoting his new film, even so far as giving live performances with his team to illustrate the authenticity of his skill set without wires.
Directed by Sabbir Khan, Heropanti stands to be the first of two films starring Tiger in his first move to the big screen with producer Sajid Nadiadwala, leaving a little something more for action fans to expand their fanfare with their favorite genre.
Heropanti also stars actress Kriti Sanon and will get its day in Indian cinemas this Friday.

Sixty six years since India became free, but are we still free to love, to choose our own life really? Rising from present India in the conflicting era of shining modernity and deep-rooted archaic traditions, in the era of big city versus small towns, comes a love story sealed with an impossible fate. The story of the bold Bablu and the bratty Dimpy.

Will Bablu and Dimpy’s love blossom under the terror of a brutal clan and the violent landscape it is set against.

Heropanti is the story of today’s youth, and the coming of age of its conflicting protagonists.

SKIPTRACE Skips To A New Director + DRAGON BLADE Gets New Sales Art Noel Clarke Fights To Have A Mind Of His Own In The Sexy, Somewhat NSFW Trailer For THE ANOMALY