The UK is a dystopia, ravaged by a virus that has seemingly plagued residents with a disease that kills and reanimates them into zombies. Seven years since the fallout is where sophomore director and star Guy Bleyaert’s latest film, Transit 17, begins take off, joining Zara Phythian, Lee A. Charles, Daniel Pala, Kimberly Stahl and John Flanders.

Bleyaert flies the flag of militarized sci-fi action and horror amid all the toils and shortcomings of indie fare one could endure, and it’s especially thanks to his dedicated cast and crew that Transit 17 was able to live up to its expected completion, for what it’s worth. The film is boosted by a round of modest and worthwhile performances that measure up next to some of its more ambitious action scenes.

Those scenes ultimately occur along the route which a Belgium-based band of resistance fighters are hired to rescue and deliver the daughter of a billionaire. The catch? She turns out to be the barer of the antigen that could cure the virus, and the only thing that stands in their way next to bandits, mercs and swarms of the undead, is an elite, hulking commander dead-set on wiping out the resistance.

The motivation for this end of the story is non-existent, save for the commander’s own service to an unnamed general who calls him in holographic form, and also changes his vocal tone somehow in the second of two scenes of dialogue between them.

Bleyart stars in the role of squad leader Tex, next to one of multiple hats he wears on his production. Tex cares more for the welfare of his team than his own life but is otherwise compelled to take on the mission. As bad as it does get, however (and it does get as bad as you would expect), his team remains steadfast on getting the job done.

The rest of the story falls right in place with other genre thrillers as some of its protagonists are slowly picked off one by one, though these occurences unfortunately land in major plot hole territory by the end of the film. Bleyaert also serves as one of the film’s handy stunt drivers and fight choreographers – the latter proving much to the benefit of Charles and Phythian, as well as actor and martial artist Silvio Simac. 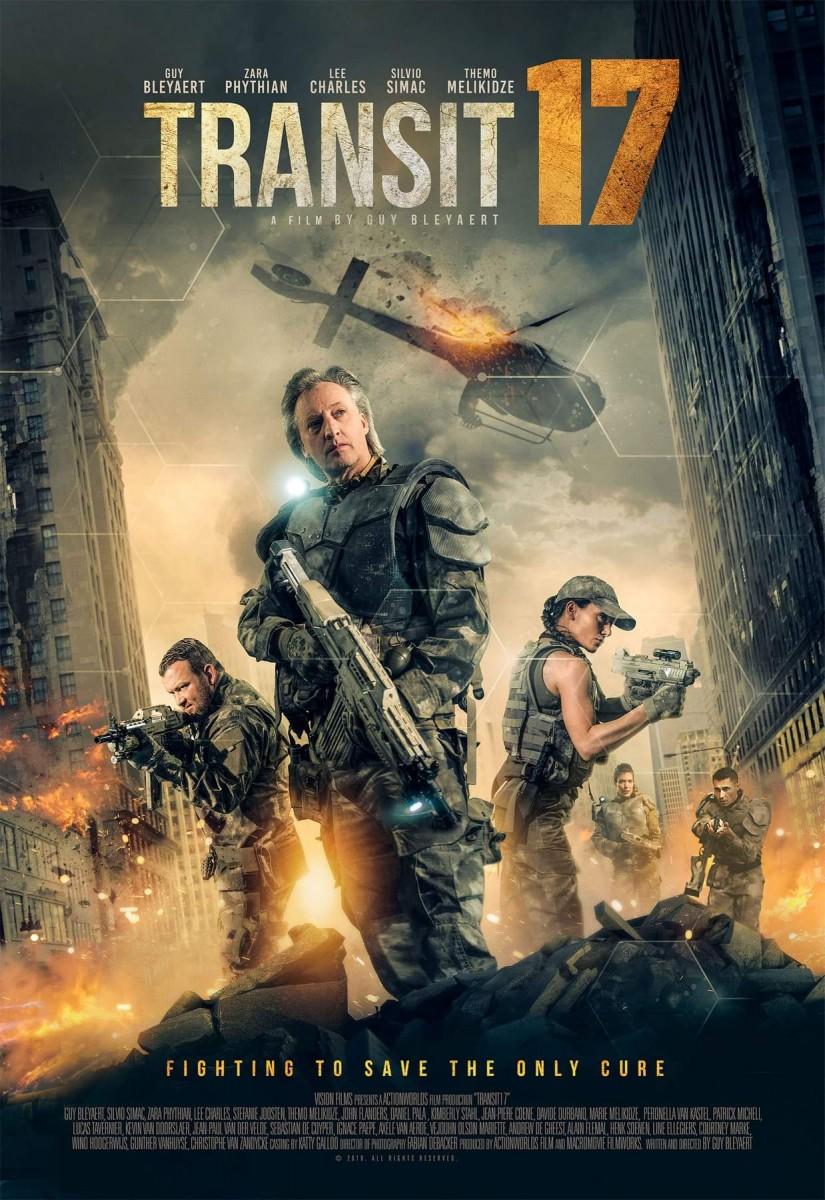 Where Transit 17 falters amidst these errors, it makes up for in strong performances – particularly from Stahl, Phythian and Flanders – and some interesting character developments and exchanges. It also gets to work in some nice cinematography at times throughout the story to which action gets to benefit in some capacity despite some tight shots. More importantly though, it would have been immensely helpful if the fight scenes had better sound editing. Without it, the scenes in their current form weaken and suffocate no matter how good some of the stars and shots look.

Transit 17 is the kind of film that stands exemplary of the arduous effort it takes to make a deeply-inspired, independently produced feature movie these days – one that demands the kind of spectacle and bravado of classics like Aliens or Predator, or even the saturating and cocksure Resident Evil franchise. It’s only as watchable as you’ll deem it if you sincerely love action and horror titles and you’re a collector. Just don’t expect anything great.