A MEANS TO A BEGINNING: A Word With HAYMAKER Star And Director Nick Sasso

Friday will see the launch of actor and martial artist Nick Sasso’s new film, Haymaker, from Gravitas Pictures and Kamikaze Dogfight. The film is years in the making, with Sasso already several credits in film and television and now paving the way for his own debut in a starring and directing capacity.

Sasso wrote the pic and joins actress Nomi Ruiz on screen, as well as off to produce, with a story that centers on Nick a beleagured former fighter-turned-bouncer who rescues Nomi, a nightclub performer from a sexual assault. When Nomi then hires Nick as her personal bodyguard, the two jettison on a globetrotting adventure that will embark the pair on a journey of teetering romance, dramatic upheaval and self-discovery, and ultimately, a turning point that could very well be the lynchpin Nick needed to make his rebound in the ring.

The concept here is the most beautiful to me with respect to the title; The story of a cis male protagonist and a transgender female love interest is not something you typically see in almost any commercial movie, much less the kind of film that typically targets the Boyka-addicted Joe Rogan/JCVD crowd of martial arts and filmgoing fans. It’s a milestone I hugely admire with Sasso in his effort to tell a worthwhile, compelling underdog love story.

My review of Haymaker is online as of Monday, and so you can read more of my thoughts here. Additionally, I was granted an opportunity to get some insight on the project straight from Sasso’s own words ahead of its release. He talks his VFX work and what he learned in the field going forward to prepare him for his future endeavors, as well as what encompassed with making Haymaker, and much more! 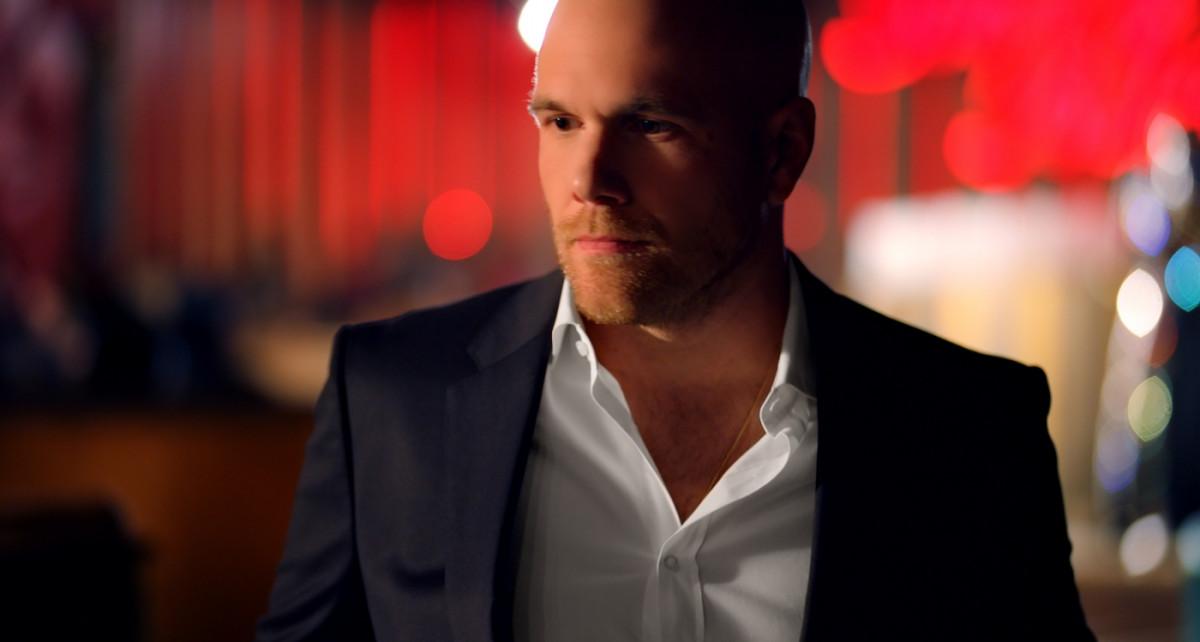 Greetings Nick and thank you for joining us. How has the new year been for you so far?

My pleasure Lee, thank you for having me! It’s been a strange year for all of us hasn’t it?

Invariably! Tell us about how your VFX work and what moment it was you decided to step into directing.

Working in VFX was always a means to an end for me. Professional post-production work was my “Graduate Film School.” It was a way for me to educate myself further as a filmmaker while also supporting myself financially. I learned so much about the filmmaking process while working in visual effects, specifically how to push what’s possible on film. There are so many things that don’t go according to plan on set. Having spent so many years solving problems while a visual effects artist and supervisor it enabled me to not only cut corners while filming, but also to achieve a distinguishing “look” for the film that wouldn’t have otherwise been possible.

What were some of your film inspirations growing up?

I’ve consistently loved the work of Robert Zemeckis, Sydney Lumet, Woody Allen, Steven Spielberg, David Mamet, Spike Lee and Quentin Tarantino. I was born the year Rocky came out and to this day my dad still calls me Rocky. Also, movies like The Boy With Green Hair, The Last Starfighter and Fantastic Voyage also left big impressions on my young mind. 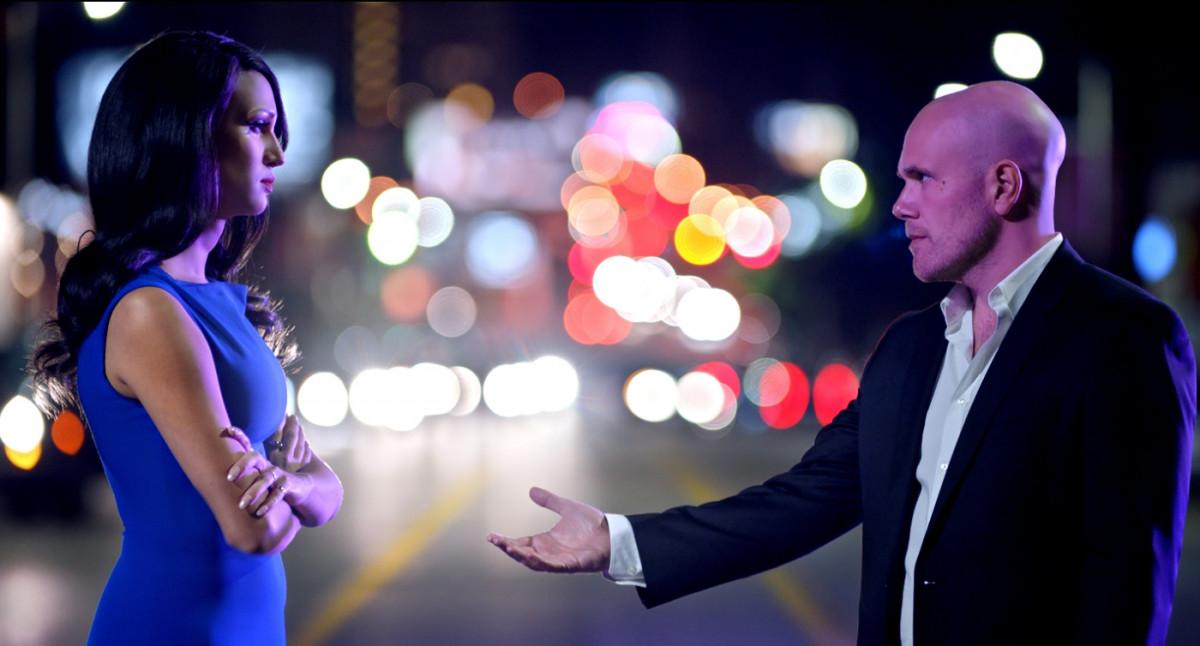 Talk about Haymaker and what led you to make this your first feature.

I came to this project out of necessity really. I had another script that came close to getting made several times and after it finally fell through I had to regroup and ask myself how was going to get my first movie made. The answer seemed to be, control as much of the process as I could. Having trained in Muay Thai for 15 years prior to writing the script, and having also acted as a way of understanding and communicating with actors, I thought to myself that I had, a) never seen an authentic Muay Thai movie and b) I had never seen a lead actor who looked like they actually knew how to fight in a ring. From there I knew I wanted to make a film for a wide audience and I also wanted to portray an on-screen love story hadn’t been seen before.

What is it about the MMA genre that appeals to you the most?

Do you mean MMA or Muay Thai? [laughs] I love both actually, but only practice Muay Thai. I love MMA because it is the pinnacle of legal hand to hand combat. I love Muay Thai because it is, in my humble opinion, the greatest stand-up martial art on earth.

Talk about working with the beautiful and talented Nomi Ruiz on both sides of the lens and what she brought to the table next to you as producer and your on-screen love interest.

We could not have made this movie without Nomi. Not only did she bring her amazing talents as an artist but she was also a producer on the film, and really helped us build this picture from the ground up. She was integral in creating a unique world for her character in terms of wardrobe, locations and especially music. Nomi and I rehearsed for a few months prior to filming, with our acting coach Grace Kiley, to find together the arc of the character’s relationship together and also discover what scenes in the script were “landing” and which needed more work. 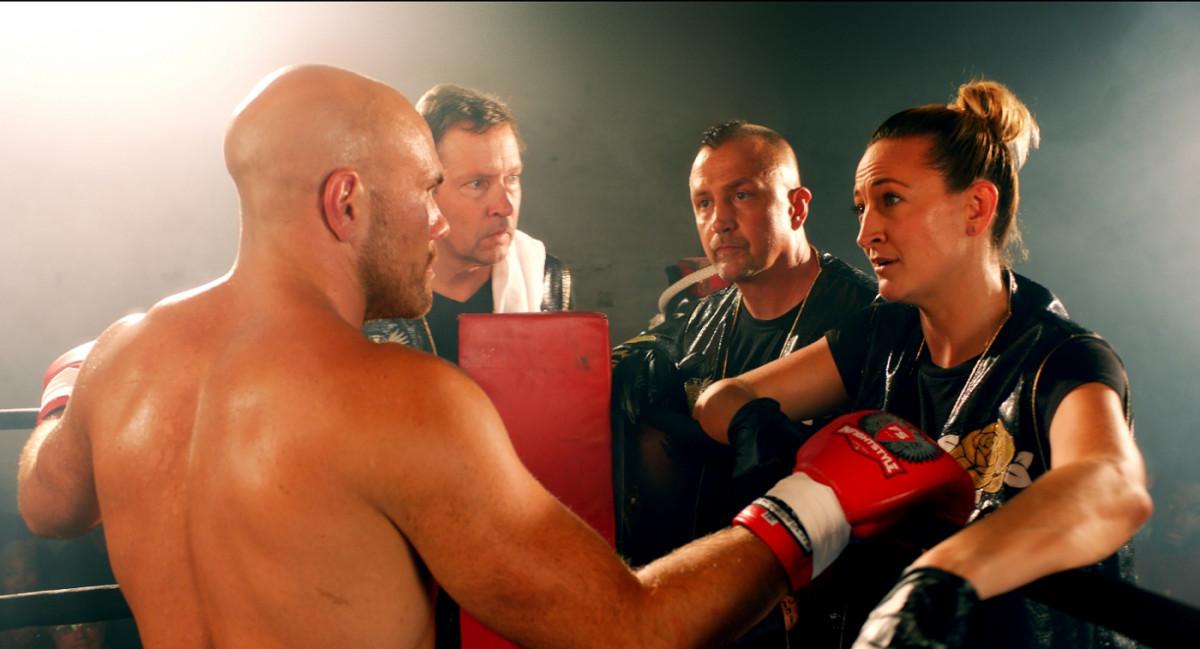 What was your own training regimen like in preparing and staying fit and ready to service the film’s fight scenes?

Training for this film was one of the most difficult and yet most rewarding aspects of this whole experience. I stay fit, but “fight shape” is a completely different animal. To really dial it in, I sought the help of an amazing nutritionist Jeff Rothschild who helped me find the right diet for body type and my two a day work out regime. I’m no spring chicken so my body also needed help with recovery and for that I had a great physical therapist Michael Herrera. Most importantly Kru Walter “the Sleeper” Michalowski got me sharp as steel mental and physically over the course of a year and a half. He trained me like a pro and put me in the ring with the many champions he trains at Sityodtong LA. Sparring with guys like Lion Fight’s Josh Aragon, pro Mike Quintero, and numerous others not only helped me get into shape but also immersed me in the culture of a training at world class gym. I loved every minute of it and miss it dearly because of Covid. Kru Walter is hands down one of the best trainers and coaches I’ve ever had. If he agrees to take you on, you just say “yessir” and put your nose to the grindstone. He is also such a legend in terms of Americans responsible for bringing the sport back here to the US, we had to put him in the movie. In the film he’s right there alongside Zoe Bell as one of my character’s trainers in the film.

Among some of the bigger names in your roster like D.B. Sweeney and Udo Kier, you also got to cast Zoe Bell in a supporting capacity. What was that experience like?

Incredible. I’m not sure it will ever sink in entirely. I grew up watching D.B. and Udo and to have both of them in the film was incredible. D.B. has been a lead actor many times so he took on a metaphorical big-brother role with me on set. He gave me advice that was priceless. And Zoë Bell, I mean I was blown away by Death Proof and the chance to have her on board as an actor, executive producer and eventually stunt coordinator is more than I ever could have hoped or dreamed for when I sent her the script. The combat in the film wouldn’t be what it is without Zoë Bell’s expertise and involvement.

There’s a short scene that sort of explores a deeper layer with respect to Mr. Kier’s character and his history with Nomi. Were there any plans to make Kier part of the larger narrative of the story? 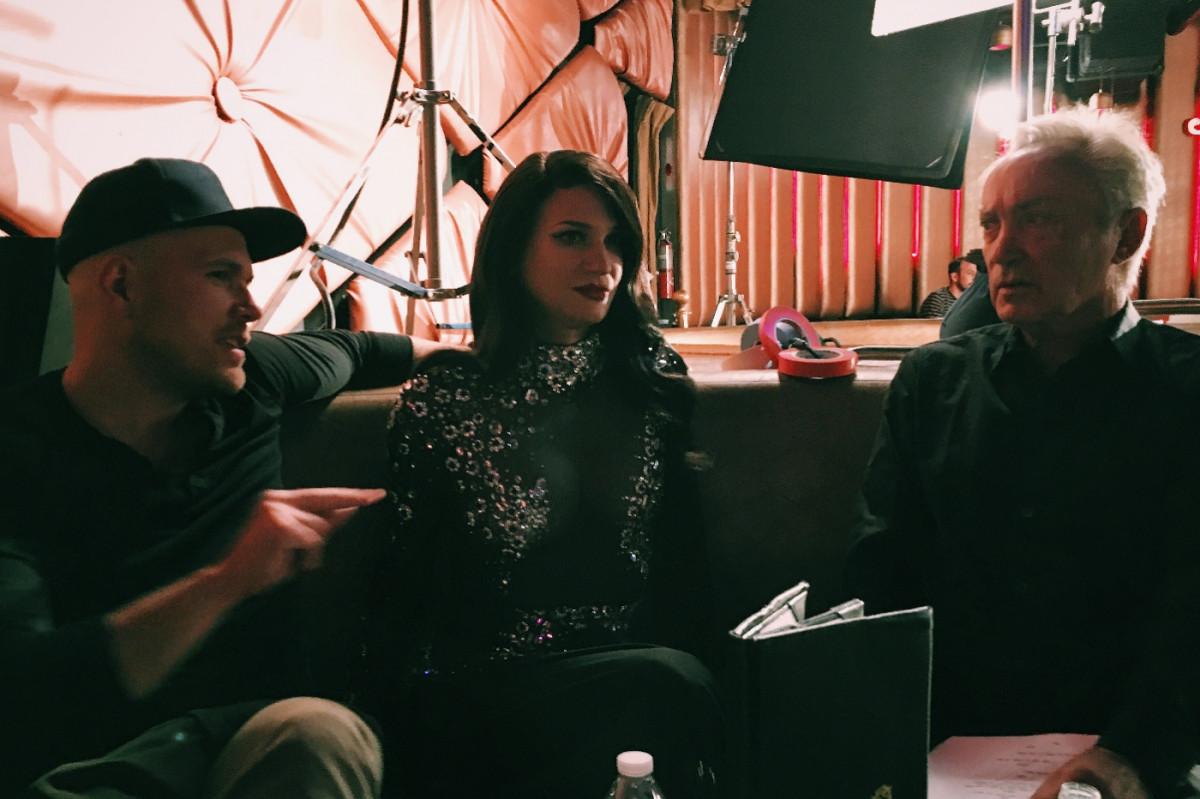 Because we are a small indie movie, the plan was always to have some of these great recognizable actors like Udo Kier, Veronica Falcon and John Ventimiglia come out for just one day.

This film builds a really broad scope in traveling to various locales around the world. Out of all the stops, which was the most memorable for you?

Greece and Thailand were both incredible in so many ways and for many of the same reasons. Breathtaking locations, with amazing film-workers who went out of their way to help us tell this story. I made many great friends in each country and have plans to return soon to see them.

What are some key takeaways and lessons for you going forward as a feature film director now?

I’d say mostly it’s about how to use camera and specifically camera-blocking. We had very little time to shoot each scene because we had such a small budget. As a result I didn’t have the time to develop the story with the use of the “camera” they way I would have liked. The lesson I think I learned was how to develop my next script with greater consideration for the camera work. So that from start to finish the blocking has been considered, opposed to sprinkling it throughout the film when able.

Do you have any more plans to direct and star after this?

I do, and am eager to set my sights on the next project currently in the works. I’ve been living with the Haymaker characters for five years, it’s time to grow on.

What’s your message to readers as we look toward the release of Haymaker?

If you decide to watch the movie I hope that you are entertained and thank you.

Gravitas Ventures and Kamikaze Dogfight will release HAYMAKER in theaters and on demand and digital on January 29, 2021.

RAGING FIRE: A War Of Words, Bullets And Fists Of Fury In The Official Trailer For Donnie Yen’s New Thriller EXILED: THE CHOSEN ONES Sequel Officially Greenlit, Circles ‘The Night Comes For Us’ Star Zack Lee