The New Trailer For BANG BANG Will Slap You Silly And Blow You Away! 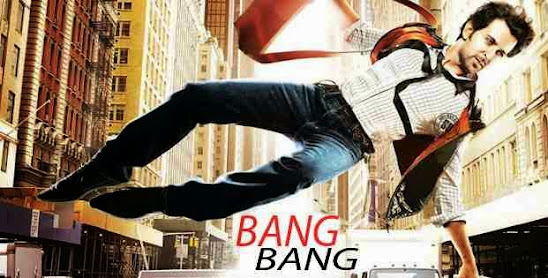 Director Siddharth Anand won over the appeal of filmgoers back in July with the first teaser of his newest action romance flick, Bang Bang. Penned as a remake of the 2010 Hollywood action comedy, Knight And Day, the film is being led by leading man Hrithik Roshan and Katrina Kaif, reiterating the classic tale of a woman finding herself in love with a man whose bullet-ridden past will ultimately test her limits as they scatter around the world running away from baddies.

Its Hollywood predecessor from helmer James Mangold fared well with me, personally, so I’m curious to see where Anand took the narrative in this his Bollywood take on the story. Of course, expect the usual song and dance routines as always, but the action spectacle, courtesy of Hollywood’s own Vic Armstrong, looks like it aims to please.
The film opens tomorrow worldwide. In the meantime, watch the new trailer and check out a new behind-the-scenes featurette among many now online!